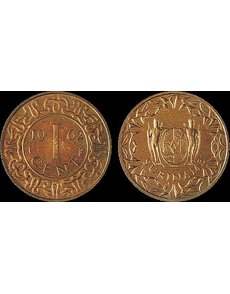 Older Proof coins can be mistaken for Mint State pieces. This Suriname Proof 1962-S cent was found on eBay as an Uncirculated coin. The S Mint mark is visible at the 5:30 position on the reverse. 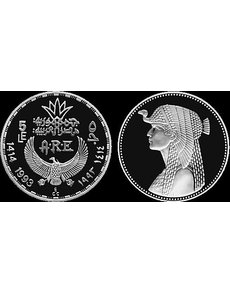 Taking advantage of the clarity provided by the Proof-making process, Egypt issued this 5-pound coin, a prime example of the engraver’s art, in 1993. Note the amazing amount of detail in Cleopatra’s headdress. 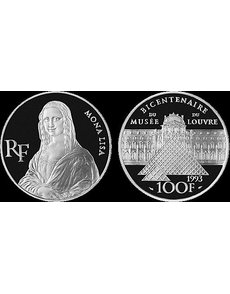 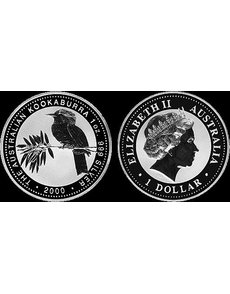 Sometimes mistaken for a Reverse Proof coin by people new to the hobby, this 2000 Australian Kookaburra bullion dollar is not a Proof piece. However, in some years a Proof version of the Kookaburra has been issued. 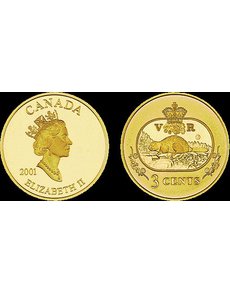 This Proof 2001 gilded silver 3-cent coin offers the unmistakable beauty of various Proof gold surfaces at a fraction of the cost of solid gold. It commemorates Canada’s first stamp, the 3-cent Beaver. 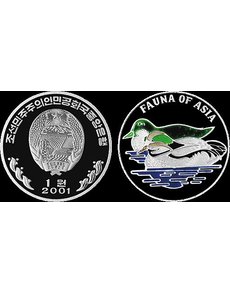 North Korea is one of several nations that have issued aluminum Proofs, this 1-won coin in 2001 with color added at the mint. North Korea has also minted many brass and ringed bimetallic Proofs. 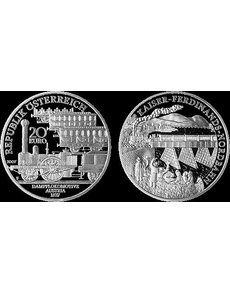 With world Proof coins, it’s all about how extra metallic manipulation translates into a bolder design.

Each world mint has its own process for making Proof coins, which may include specially prepared planchets, dies and presses. Proof blanks are typically struck more than once or in such a way as to create images that stand out, i.e., are shinier, more detailed or have higher relief than designs on the non-Proof versions of the same coin.

World Proof coin collectors are positively passionate about their topical specialty, whether it’s the traditional Proof with frosted cameo and mirrored fields or a modern marvel like the Reverse Proof.

World mints are happy to feed the fever and some continually push the boundaries of this art form with experimentation and innovation.

In 1993, France created a silver proof series titled “The Bicentennial of the Louvre.” One of the replicated masterpieces was Leonardo Da Vinci’s Mona Lisa. The traditional Proof format of frosted cameo with mirrored background was ideal for this as it put all of the focus on the famous portrait. Leonardo’s landscape was nowhere to be seen on the coin, but Mona Lisa’s smile is what most viewers were looking for anyway.

Egypt also issued a Proof silver coin series in 1993. “The Great Treasures of Ancient Egypt” is known for its clarity of detail. The coin showing Cleopatra’s pharaonic headdress is a good example. Note the play of light and shadow in the weave of the fabric. You can also see a hint of the feathers of the goddess Nekhbet, a royal symbol portrayed as the head of a white vulture.

Recent Proof series tend toward more multilayered subjects, such as the 2007 to 2008 Austrian Railway-Locomotive series.

The 1837 Ajax steam locomotive appears on the obverse of the 2007 issue in detail, and the reverse is even more complex. The date is Jan. 6, 1838, and the Ajax is making it first public appearance amidst cheering crowds as it crosses the Danube River Bridge on the Emperor Ferdinand Northern Railway. The Proof surfaces deftly portray land, river and steam, as well as elements as large as mountains and as small as stones in the bridge.

In 2001, Canada chose its first and only 3-cent coin, produced in Proof, to commemorate the 150th anniversary of the 3-cent Beaver postage stamp, the nation’s first stamp.

Part of the stamp’s design is framed within the center on the reverse. A trio of frosted, satin and mirrored finishes on .9999 fine gold make for a unique combination, but affordable, because the coin is actually made of silver, then plated with gold. In 2013, Canada also issued a series of Reverse Proof Maple Leaf bullion coins as part of that ever-innovative program.

In 1981 Bulgaria proved that a copper-nickel planchet could make a stunning Proof coin.

For the 1,300th anniversary of the country, Bulgaria created a Proof-only 2-lev coin showing a mother and child in front of the sun with delineated rays in the background. It is a simple design without text but easily captures the “wow” factor.

Even aluminum can be used in Proof coinage.

China, Vietnam, Hungary, Malta, Australia and North Korea are among the nations that have minted Proof coins from aluminum. Ducks are one of the animals featured in North Korea’s colored Proof series of 2001, “Fauna of Asia.” Other animals include parrots, tigers, pandas, eagles and angelfish. This nation has also issued Proof coins in brass and copper versions, and in ringed bimetallic base metal form.

Sometimes, a coin that looks like a Proof is simply Brilliant Uncirculated instead. The Australian Kookaburra bullion coin series, started in 1990, illustrates this.

At first glance, many of these 1-ounce dollars (early coins are denominated $5) look like Reverse Proof pieces, with raised devices that are mirrored and background fields that appear frosted. They are regularly but mistakenly sold on eBay as Reverse Proof coins. Ironically, in years when a Proof Kookaburra option has been available, they have been traditional Proofs and not the Reverse Proof style.

Finally, some older world Proof coins can be challenging to distinguish from their Mint State counterparts because they do not have an obvious special finish. For instance, the rare Proof 1962 bronze cent of Suriname does not, at first glance, look much different from its common Mint State cousin.

However, under magnification the superior ridge detail in the ornate geometric design that encircles both the obverse and reverse is apparent. Collectors can be certain of the Proof status by locating the extremely tiny S Mint mark that is unique to it and that is camouflaged in the design below the word cent.

These examples are just some evidence, Proof positive, of the abundant collecting opportunities that exist with world Proof coins. ¦