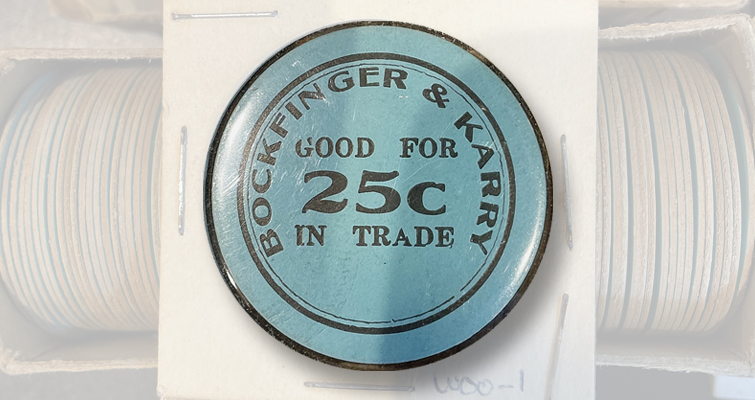 A hoard of previously unknown Bockfinger & Karry tokens were acquired by Alaska Rare Coins in Fairbanks.

ARC numismatist Dick Hanscom says he received 92 examples of the token on Jan. 10.

Hanscom says the token seller informed him, “My family was involved in gold mining in Alaska for many years, and I spent many summers in Manley Hot Springs in the early 50s to the early 60s because my father operated a gold mine at Eureka, and his mining company had leases at Tofty.

“In the early 50s my parents, brother, and I drove and then walked out to Woodchopper Creek, which had been the location of several prior mining operations and the town of Woodchopper. The town had been deserted, and based on the conditions of the buildings it appeared that many buildings had been deserted in the 1920s, as I found unopened mail and newspapers dating back to the late 1920s.

“On the east bank of Woodchopper Creek was located what I believe is the Bockfinger and Karry store. On our visit around 1954 it still had an intact roof and a few wares that had just been abandoned. In searching around the store I located several Bockfinger and Karry green cardboard tokens.”

Hanscom’s research shows that Bockfinger was in the saloon business in the Woodchopper and Tofty area of Alaska in 1916, but Hanscom found no mention of Karry, even in the newspapers on the Library of Congress’s Chronicling America.

Hanscom is offering examples of the tokens on eBay for $25 apiece, and plans to offer them for $15 postpaid via his monthly newsletter. Hanscom can be reached via email at alaskararecoins@gmail.com. 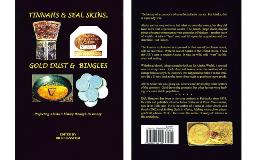 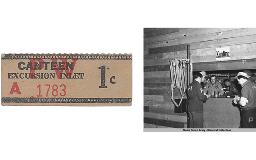 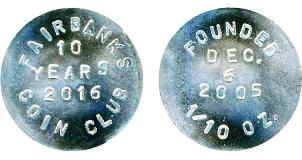