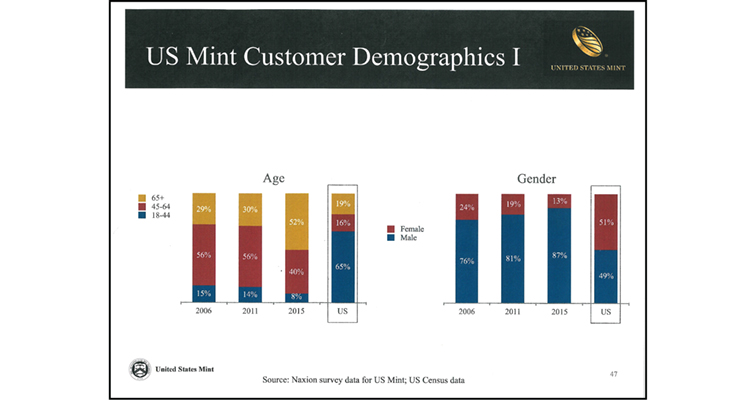 Many collectors wonder, if they take a long-term outlook on their coin investment — as is advised — will there be another generation of collectors willing to buy their coins? The U.S. Mint’s demographics is typical of what is seen on any coin show bourse — customers who are mostly older, white and male.

To open 2017, Steve Roach tackles the appeal of rare coins and why they command the hobby's attention. Below is the fourth and final segment of his extensive look at the rare coin market as it exists today and what may garner attention in the coming year:

Because of the transaction costs inherent in buying and selling coins, it’s almost always well-advised to take a long-term outlook for collecting, with a holding period of at least a decade.

But many collectors wonder, if they take a long-term outlook on their coin investment — as is advised — will there be another generation of collectors willing to buy their coins?

The U.S. Mint recently released a report that showed their product sales and revenue since 2000. The report shows general declines in both in the past five years. This speaks to a decline in interest in coin collecting — at least in collecting modern Mint issues — that can be attributed to the end of the 50 State quarter dollar program in 2008.

Learning lessons from veteran collectors:There’s a general concept across collecting categories that the highest caliber of objects is most desirable for investing, but this is not universally true. Read insight from these collectors”


One particularly jarring graphic showed a decline in the numismatic customer base over the past decade paired with declining sales volume. The Mint confirmed the statistics seen in numismatic publications and hobby organizations like the American Numismatic Association: the people that buy coins are largely white males; few collectors are women and even fewer are non-white.

The Mint’s statistics were not encouraging, in that even as the United States is becoming increasingly diverse, rare coin buyer demographics aren’t budging. Especially as non-white groups become upwardly mobile and have increasing buying power and discretionary income, it is essential to make coin collecting attractive and accessible to a broader range of groups including African Americans, Hispanics and women. For rare coins to be a solid long-term investment, coins have to remain relevant to potential buyers.

Surveys of collectors show that an interest in collecting is usually sparked when people are very young; most collectors recall being introduced to coins when they were approximately 6 to 9 years old.

Even if the young person doesn’t start collecting coins right away, the seed grows and then something sparks renewed curiosity in them as an adult. They might start buying small, and then the buying grows. This cycle must be nurtured in young people today, where collecting in general may not come as naturally as it did for prior generations. 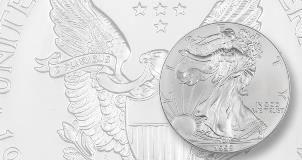 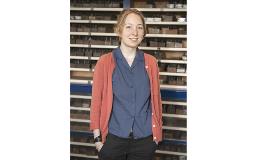