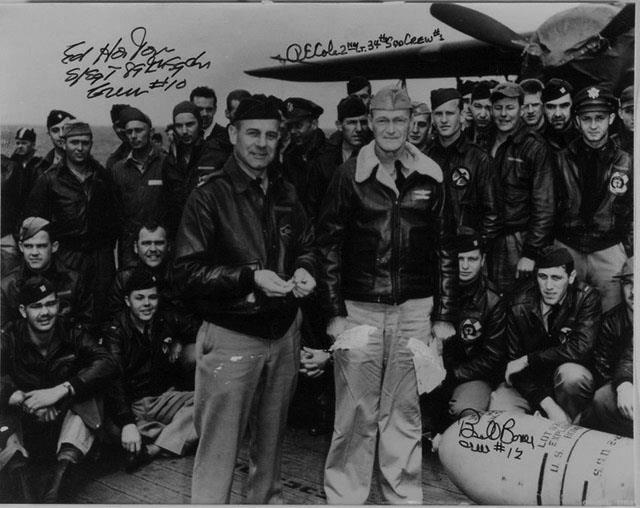 Obama signed H.R. 1209 into law to recognize the Doolittle Raiders with a congressional gold medal. The bill, introduced on March 15, 2013, passed the House of Representatives on May 19 and was approved by the Senate on May 20. The bill was sent to the president on May 22, the day before he signed the legislation into law.

As the legislation reports, "on April 18, 1942, the brave men of the 17th Bombardment Group (Medium) became known as the 'Doolittle Tokyo Raiders' for outstanding heroism, valor, skill, and service to the United States in conducting the bombings of Tokyo."

The bombing raid was an unconventional attack, with 16 U.S. Army Air Corps B-25 medium bombers launched from the deck of the aircraft carrier USS Hornet for the raid on the Japanese capital. The mission was the first American strike at the Japanese homeland in World War II. While the attack resulted in little damage to Tokyo, it boosted the morale of Americans, who were still reeling from the Japanese attack on Pearl Harbor on Dec. 7, 1941. Morale was damaged among the Japanese.

Today, in May 2014, just four members of the raid survive. At least one of the survivors, Richard Cole, 98, was present with President Obama during the signing ceremony. Cole was co-pilot of the bomber flown by Lt. Col. Doolittle.

The gold medal authorized by the legislation will be presented to the National Museum of the United States Air Force at Wright-Patterson Air Force Base, Dayton, Ohio. Cole, coincidentally, grew up in Dayton.

The bill authorizes bronze medals to be struck by the U.S. Mint and sold to the public.

The president also signed into law H.R. 685, the American Fighter Aces Congressional Gold Medal Act. The new law honors all American fighter aces (those with five or more confirmed enemy kills) serving in all military conflicts since World War I.

According to the legislation: "Beginning with World War I, and the first use of airplanes in warfare, military services have maintained official records of individual aerial victory credits during every major conflict. Of more than 60,000 United States military fighter pilots that have taken to the air, less than 1,500 have become Fighter Aces.

The gold medal will be presented to the Smithsonian Institution.

The bill authorizes the U.S. Mint to strike bronze versions of the gold medal for public sale.

At least one other congressional gold medal bill was presented to the president for his signature just before the Memorial Day weekend.

S. 309 will honor members of Civil Air Patrol. According to the White House website, the bill was presented to the president on May 21.

Both houses of Congress have also passed H.R.1726, which will "award a Congressional Gold Medal to the 65th Infantry Regiment, known as the Borinqueneers," according to the legislation.

Coin World will update its coverage of the two additional bills making their way to the president's desk for his signature.