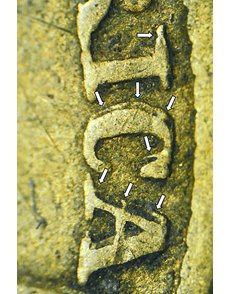 Strong doubling shows on the ica of america on the obverse of an 1857 Flying Eagle cent submitted by Coin World reader Pete Acampora. 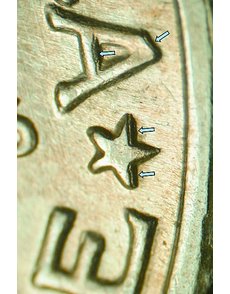 Coin World reader John S. Gillilan shared his 1941-S Winged Liberty Head dime with a nice reverse doubled die. Here we see doubling of the right star and the second a in america. 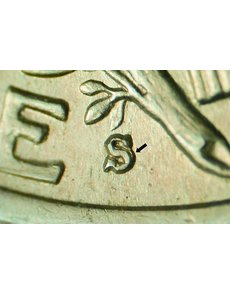 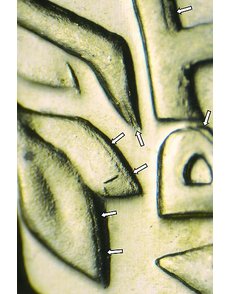 Tony Russo submitted a Proof 1955 Washington quarter dollar that shows strong doubling on the lower left side of the reverse. It is highly unlikely that more than 2,500 specimens of this variety exist.

In my last installment of this column I focused on die varieties from older issues of U.S. coinage. In this installment the focus will be the same.

Pete Acampora submitted an 1857 Flying Eagle cent that has a very strong obverse doubled die. It’s a very nice find even on a well circulated coin. The variety is listed in my files as 1857 1¢ WDDO-001 and is well known among specialists in the series.

The reverse is from a doubled die that has a spread toward the center seen on states of america, the upper olive leaves and branches, the motto e pluribus unum and the right dot. Slight doubling also shows on the letters of dime. The doubled die is listed in my files as 1941-S 10¢ WDDR-001.

Tony Russo is someone whose name you’ve seen in this column a number of times. He is proof that if you keep searching, you will find nice die varieties. This time it is a Proof 1955 Washington, Doubled Die Reverse quarter dollar. A strong spread toward the center shows on quarter, the branch and leaves above quarter and slightly on the do of dollar. It is new to my files and recorded as 1955 25¢ Pr WDDR-002.

Since the average life of Proof quarter dollar dies of this era was 2,500 coins, this variety is definitely rare.