Pennsylvania collector to serve on CCAC 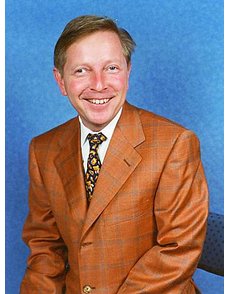 The 11-member Citizens Coinage Advisory Committee will be at full strength Sept. 21 when its newest member, Pennsylvania collector Thomas J. Uram, is sworn in.

Uram, a longtime numismatist and GOP supporter, was appointed to the CCAC by Speaker of the House John Boehner, R-Ohio.

The appointment is one of four made by the congressional leadership. Uram fills a vacancy created in 2010 by the expiration of the term of the Rev. Dr. Richard Meier of Rockford, Ill.

Uram will take the oath of office for a four-year term at the Sept. 21 CCAC meeting, during which the panel will review designs for several coin and medal programs, and also review its annual report to Congress.

The CCAC session will be held a day after the Commission of Fine Arts will review the same designs.

Uram holds a bachelor of arts degree in business administration, with a concentration in finance, from the University of Kentucky.

During its Sept. 21 meeting at U.S. Mint headquarters in Washington, D.C., CCAC members are scheduled to:

? Review and discuss proposed themes for the reverse of the 2014 and 2015 Native American dollars.

? Review and approve the 2011 Annual Report (must be submitted to Congress annually by Sept. 30).

The 13 proposed 2013 Native American dollar designs are thematic of the Sept. 17, 1778, Treaty signed at Fort Pitt between the United States of America and the Lenape, also known as the Delaware Indians. Images representing the treaty, as well as turtle tribal symbols, adorn some of the proposed designs, according to the Mint.

It is anticipated nearly two dozen individually designed Code Talkers medals could be issued representing separate tribes whose members were code talkers. Under consideration at the September CCAC and CFA meetings are designs for medals honoring code talkers from the Crow Creek Sioux Tribe and Sisseton Wahpeton Sioux Tribe.