PCGS expands security of its holders 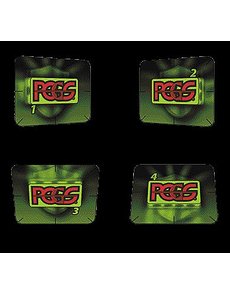 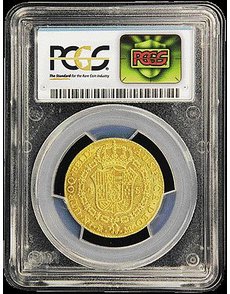 The next generation of PCGS coin holder will incorporate a new DuPont Izon 3D security hologram developed by DuPont Authentication Inc. in conjunction with the third-party grading service.

The new anti-counterfeiting feature, to be used starting Jan. 27, was developed by DuPont Authentication Inc. in conjunction with the grading service.

The DuPont Izon 3D security holographic technology is one of the major features of the next generation of PCGS holders unveiled Jan. 10 by PCGS President Don Willis at the PCGS Set Registry luncheon in Orlando, Fla.

Those in attendance at the luncheon each received an example of the new holder containing the 3-D security hologram encapsulated with a circulated 1914 Lincoln cent.

“This is a big step forward to stay more than a step ahead of counterfeiters around the world and to aggressively provide additional safety and security for collectors and dealers,” Willis said. “This will give additional confidence for buyers and sellers of PCGS-certified coins. ... It will be very, very difficult for counterfeiters to copy our holders with the hologram.”

Willis said, “Any attempt to remove the hologram will cause it to tear apart.”

“The Izon 3D security hologram developed by DuPont is extremely difficult to replicate and contains numerous elements — both overt and covert — to foil counterfeiters,” Willis said. Among the overt devices is 1-2-3-4 progression of dots that appear along the perimeter of the PCGS logo.

Steve Sloan, marketing executive for PCGS’s parent company, Collectors Universe, explains, “Each side of the 3D model contains a different number of Parallax Side Dots. The dots can only be viewed by tipping the IZON label to the left and right and back and forth.

A video that shows what to look for in the new hologram will soon be posted at www.PCGS.com.

Collectors will be able to see physical examples the new holder and security hologram Jan. 30 through Feb. 1 at the Long Beach Coin, Currency, Stamp & Sports Collectible Expo at the Long Beach Convention Center in California, and at other major coin shows.

“It’s like an arms race with the counterfeiters,” Willis said. “We’re trying to stay one step ahead.”

Willis said the firm’s new plastic holders will be fabricated from clearer, more scratch-resistant acrylic, for sharper viewing of the coins the encapsulations protect.

As an example of counterfeiting that PCGS has seen, Willis said, genuine PCGS holders have been split at the seam, with the back of the genuine PCGS holder retained. A genuine common 1901-O Morgan dollar is cut in half along the edge into separate obverse and reverse faces. The same is done with a common-date Philadelphia Mint Morgan dollar. The 1901-dated obverse face is then mated with the reverse face from the common Philadelphia Mint dollar.

A counterfeit holder face is then matched to the genuine PCGS holder back. A counterfeit grading insert is placed within, identifying the coin inside as a genuine 1901 Morgan dollar struck at the Philadelphia Mint. ¦