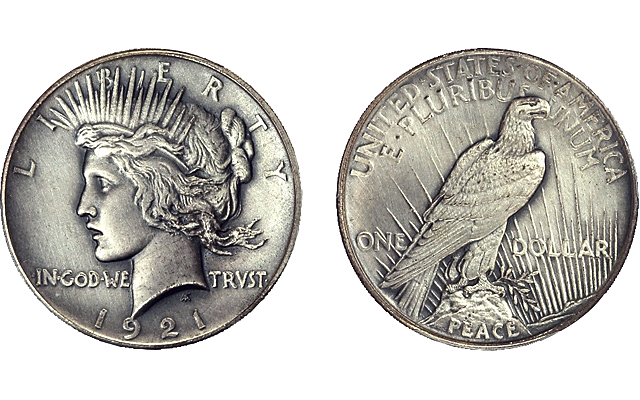 A discovery coin, this 1921 Peace dollar, PCGS Specimen 64, has a normal High Relief design, but with a sandblasted and antique finish. 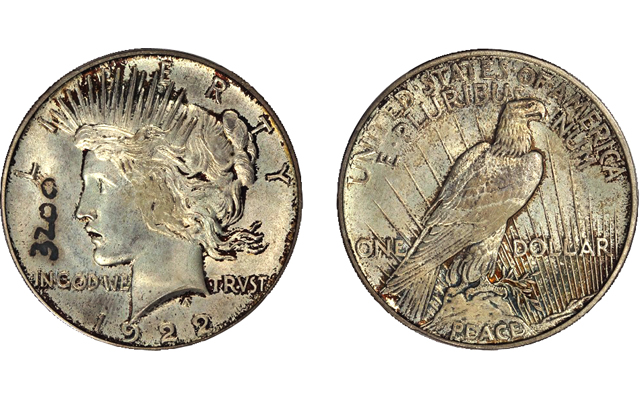 Graded PCGS MS-65, this 1922 Modified High Relief (Judd-2020) Peace dollar. It has the number "3200" inked in the left obverse field indicating it was the last coin struck from the production run. 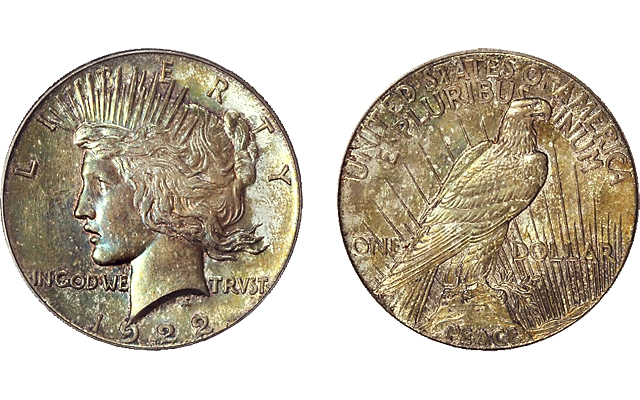 From the Baker Estate and graded PCGS Proof 67, this is one of the few surviving trial examples (Judd-2020) of 1922 Peace dollars with a Modified High Relief and a Satin finish. 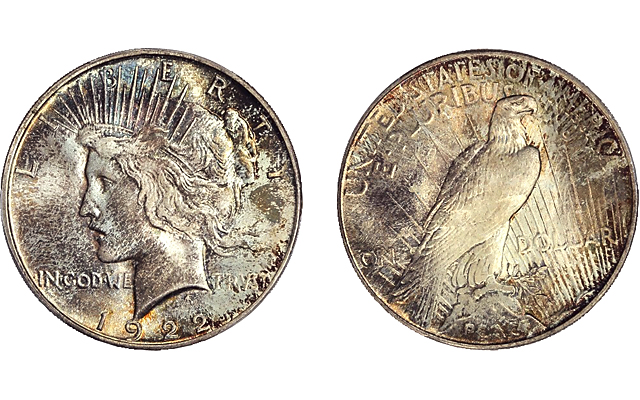 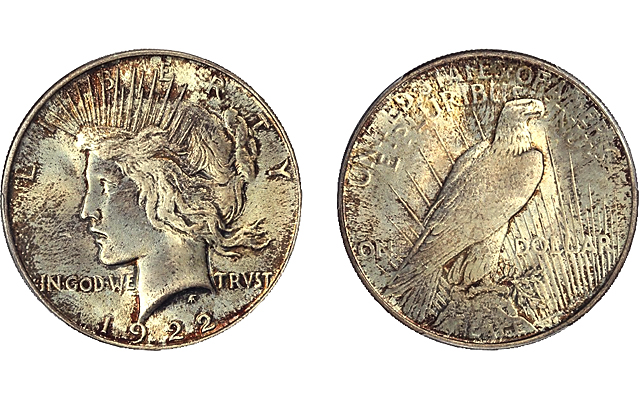 The five coins exhibit different finishes and reliefs, including a previously unreported 1921 High Relief sandblasted and antiqued finish presentation specimen, according to PCGS.

“With submission of these historic Baker Estate coins, PCGS now as identified and certified over the years a total of 19 different Proof 1922 Peace dollars,” PCGS President Don Willis said.

According to PCGS, the five Peace dollars to be offered at auction are:

??1921, PCGS Specimen 64. “A discovery coin that has a normal High Relief design, but with a sandblasted and antiqued finish.”

??1922. PCGS Proof 67. “Modified High Relief (Judd-2020) [as cataloged in United States Pattern Coins by J. Hewitt Judd, edited by Q. David Bowers]. Satin (or ‘Bright’) finish. A total of 3,200 production trial examples were struck, but only a few were not subsequently destroyed. This surviving example is believed to be one of the first made and produced on a Mint press used to strike medals to bring up the Peace dollar design details.”

??1922, PCGS MS-65. “Modified High Relief (J-2020, same die pair as the preceding coin). It has the number “3200” inked in the left obverse field indicating it was the last coin struck from the production run of 3,200 before the obverse die failed. It was struck on a normal production press.” PCGS CoinFacts President Ron Guth said this piece can be tied directly to a Jan. 8, 1922, letter from Philadelphia Mint Superintendent Freas Styer when he sent three 1922 experimental coins to Baker. Styer wrote, according to Guth, “... the coin marked ‘3200’ was the thirty-second hundredth piece struck — the last before the die sunk.”