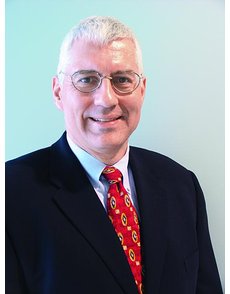 A new column about collecting numismatic books and literature makes its debut in Coin World this week.

The column, titled “Numismatic Bookie,” will be written by Joel J. Orosz, a widely published numismatic author and a charter member of the Numismatic Bibliomania Society.

“We are delighted that Joel has joined our team of expert columnists,” said Coin World Editor Beth Deisher. “This area of numismatics is growing and offers many opportunities for collectors. He is the ideal person to provide insight and tips for those who may be interested in exploring numismatic literature as a collecting specialty.”

Orosz has served the NBS in many capacities, including as editor of its official journal, The Asylum, from 1985 to 1987; as board member from 1986 to 2008; as a longtime columnist for The Asylum under the byline of “The Printer’s Devil”; and as the founding historian/archivist since 1989.

His books on numismatic topics include: The Eagle That is Forgotten: Pierre Eugene Du Simitiere, Founding Father of American Numismatics (1987), and The Secret History of the First United States Mint: How Frank H. Stewart Destroyed—And Then Saved—A National Treasure (2011, co-authored with Leonard Augsburger).

Orosz says his long journey in numismatics was launched in 1965, when he began helping his father search rolls of circulating Lincoln cents. After time out for high school and college, he returned to the hobby in earnest in 1982, when he purchased a large library of numismatic literature for $500, which represented his entire pool of capital at the time. The library contained near-complete runs of Stack’s catalogs and The Numismatist, as well as a complete run of B. Max Mehl’s Numismatic Monthly. That single purchase became the core around which he established his numismatic library.

Today his collection is ranked as the finest of rare and ephemeral literature of antebellum American numismatics, much of which was published in non-numismatic titles and is therefore very elusive. His collection is also notable for its association and provenance value, with hundreds of pieces inscribed by the authors and subsequent owners of note.

He also collects numismatic Americana in the field of tokens and medals, especially store cards and personal tokens issued by 19th and early 20th century American coin dealers and numismatists.

He has written dozens of articles published in The Numismatist, The American Journal of Numismatics, The Asylum and Rare Coin Review. His specialty is numismatic biography. His writing has been recognized with awards from the NBS, the Numismatic Literary Guild and the ANA (winning both the ANA’s Heath literary award and its Raymond research award).

Orosz began his career as a museum curator at the Kalamazoo Public (now Kalamazoo Valley) Museum in 1983. In 1986, he joined the W.K. Kellogg Foundation as executive assistant to the CEO and chairman of the board. He was promoted to associate program director in 1989, to program director in 1990, and to coordinator for philanthropy and volunteerism programming. The centerpiece of his work at Kellogg was a 20-year, $64 million initiative, the Michigan Community Foundations’ Youth Project. The project founded 23 new community foundations across the state, and permanently endowed 86 Youth Advisory Councils, which have trained tens of thousands of young people in techniques of good grant making and fundraising. His Kellogg grants also established the Michigan Campus Compact, the Michigan Nonprofit Association, the Michigan Community Service Commission and the Dorothy A. Johnson Center for Philanthropy at Grand Valley State University.