On my own as a young dealer 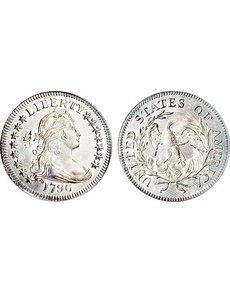 This week I continue with the story of my first American Numismatic Association annual summer convention in 1955. I was 17 years old at the time, not of sufficient age to be an ANA member (you had to be 18, as minors were viewed by many as irresponsible). With a couple of letters of recommendation and with the ANA not able to sell all of the 40 bourse tables (at $50 each) at the forthcoming Omaha show, General Secretary Lewis M. Reagan was glad to sign me up. My father said he would take responsibility for the integrity of my transactions.

At the time I was a junior at Forty Fort (Pa.) High School. My gosh, a trip half way across the country was in the offing. Soon, it was August, and off to the show I went, with my dad keeping me company, watching me as I bought, sold and traded coins. On the bourse, rumor had it that he was very wealthy and the backer of my business, and I was thought to have almost unlimited funds at my disposal. I never said otherwise.

The truth was, our family was still of relatively modest means, and every cent I had put in the coin business I had earned myself, backed by a $6,000 loan from my father, for which I gratefully insisted to pay interest at the bank rate.

In terms of coin prices, my capital, perhaps $10,000 to $15,000 at the time, including the loan, was equal to what it might take close to a million dollars to do today, some 56 years later. As an example of this, at the show Aubrey Bebee, who conducted the auction, showed me a gem Mint State 1796 Draped Bust quarter dollar for which he had paid $200. “That was too much,” he said apologetically, “but it is so-o-o-o nice!” Today the same coin would probably command $200,000.

B.A. Brown, a trader from Fallon, Nev., who called himself a “butter-and-egg man,” for that was his business back home, had a bourse table with piles of Uncirculated gold $20 double eagles at $35 to $38 each, which was not much more than the melt value.

I was on my own. The hobby had no grading standards, and counterfeit and altered coins were endemic. John J. Ford Jr., commented later that over half of the 1916-D Winged Liberty Head dimes he saw at shows were fakes.

No weekly or monthly price references were published. I had to develop skills in order to survive, let alone make a profit. I loved the challenge! How would you fare if this scenario were true today?