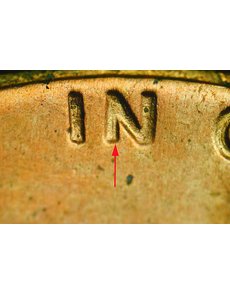 Marvin Young submitted a 1971 cent with nice doubling to the letters of IN GOD WE TRUST. 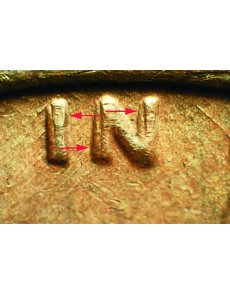 A 1972 cent submitted by Donald Yerxa also shows strong doubling to the letters of IN GOD WE TRUST, but spread in the opposite direction to that seen on Young’s 1971 cent. 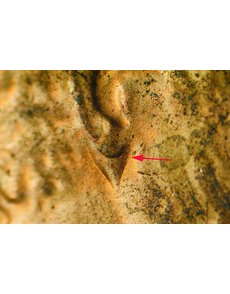 Garland Lawson and Young each submitted examples of a 1983-D Lincoln cent with visible doubling to the lower ear on the obverse. 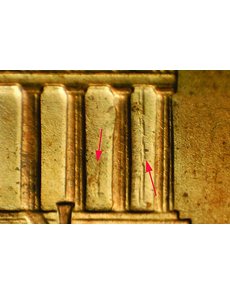 A strong extra Lincoln Memorial column can be seen in the last bay on the reverse of a 1994 Lincoln cent submitted by Yerxa.

Although this column is being written for the Feb. 18 issue of Coin World, we are still just a couple of weeks into the new year as I write.

If these first few weeks are an indication of what is to come for Coin World readers searching for die varieties, 2013 could prove to be a great year.

The theme for this month’s submissions would have to be “Oldies but Goodies.”

All four of the varieties being illustrated this month have been around for a while, but they are among some of the nicer Lincoln cent doubled dies. I find it a bit remarkable that some of these are still being found in pocket change or in accumulations of coins that have been tucked away for some time.

The first one is a doubled die obverse on a 1971 Lincoln cent that was submitted by reader Marvin Young. It was illustrated in my 1984 book, The Lincoln Cent Doubled Die, and shows nice doubling to the letters of IN GOD WE TRUST and LIBERTY. Doubling can also be seen on the date. I have it listed as 1971 1¢ WDDO-004.

Donald Yerxa submitted a 1972 Lincoln cent with an obverse doubled die that is frequently described as one of the “lesser” 1972 Lincoln, obverse doubled die cent varieties. It too shows nice doubling to the letters of IN GOD WE TRUST, LIBERTY and the numerals of the date. I have it listed as 1972 1¢ WDDO-003, and while it isn’t the “major” 1972 Lincoln, Doubled Die cent variety, it is nice enough to be included in The Cherrypickers’ Guide to Rare Die Varieties where the coin is listed as FS-01-1972-103.

Garland Lawson and Young both submitted examples of the 1983-D Lincoln, Doubled Die Obverse cent that I have listed as 1983-D 1¢ WDDO-002. It shows bold doubling to the lower ear.

Yerxa also submitted a 1994 Lincoln cent that shows a strong extra column in the last Lincoln Memorial bay. It is listed as 1994 1¢ WDDR-002 in my files and it is in The Cherrypickers’ Guide to Rare Die Varieties where it is listed as FS-01-1994-801.