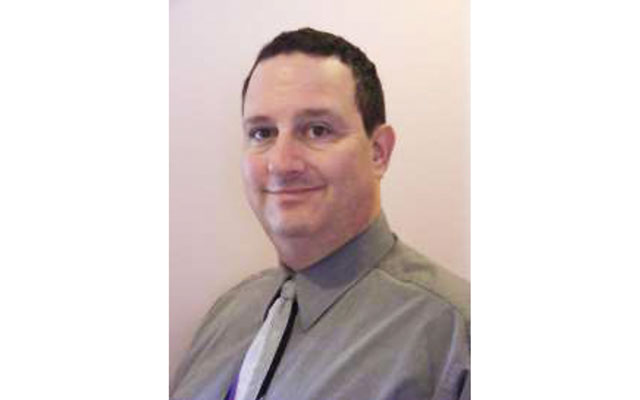 Oded Paz has announced plans to run for the American Numismatic Association’s board of governors.

The following is a press release provided by Oded Paz:

Oded Paz has officially announced that he is running for a Governor’s seat on the ANA’s Board.

In his official announcement, Oded said: “My main goal is bringing the ANA closer to the individual collector, local coin clubs and the smaller coin dealers around the nation." He continued to explain: “We all greatly respect the large auction houses and nationally acclaimed coin dealers, who are at the ANA’s foundation. Nevertheless, we need to re-focus on those that cannot afford to attend major ANA Conventions, yet are still avid numismatic collectors and local dealers."

Oded believes that educating the youth should be at the top of the ANA’s priorities. "We have seen many other hobbies dwindle down due to lack of new collectors. We must not let this happen to numismatics," he said.

Oded’s background includes owning and running multi-million dollar businesses, with emphasis on operations, marketing and sales. Being an active board member is not anything new to him, and he feels very comfortable in taking part in deciding the ANA’s future.

One of Oded’s previous main achievements, was the ANA’s Club & District Representatives Program, which Oded was the National Coordinator between August 2011 and August 2013. Oded’s vision was and always has been that the Numismatic Clubs are a vital part and the backbone of the ANA.

Oded accepted the challenge to become an ANA District Representative in 2004, and a few years later, he was appointed as the Assistant National Coordinator for the program. Oded was unsatisfied by the way things were done, and the course that the program was taking (or none at all, as far as he could see).

After numerous attempts to get the program back on the road, he called for a meeting, in August 2011, with ANA President Elect, Tom Hallenbeck, V.P. Elect, Walter Ostromecki and ANA Executive Director, Larry Shepherd, in which he laid out his plan for the program. At the end of his presentation, and after answering questions from those present, Mr. Hallenbeck appointed Oded to the position of “Club and District Representatives Coordinator.”

While he was the National Coordinator, he worked hard on writing and distributing the pertinent & correct information from the ANA to the District reps and the Club reps, by editing and sending out a monthly newsletter he called “What’s going on at the ANA”.

Oded was on a very positive path to make this program an extremely successful one, for the benefit of the ANA, the member clubs and all ANA members, wherever they are. Unfortunately, when the new ANA President was appointed in August of 2013, he appointed Sandy Hill to fill in this position.

Oded joined the ANA 13+ years ago. During his membership, he has done much more for the hobby than many others before him.

Since joining his first Southern California coin club, in 2001, he has become a member of numerous coin clubs and a vital force in the advancement of many of these clubs, including the formation of some clubs and additional major positions in the various coin clubs he belongs to.

Oded has never turned away from a challenge. Even when it was a tough one to take on, or, sometimes, seemed to be impossible.

He became the President of a Southern California stagnant and slowly dying coin club, and made it prosper, recruited many new members, established a YN auction, and turned a dull & lifeless newsletter into a full-color exciting newsletter.

In 2003, Oded founded and became the President of the Unrecognized States Numismatics Society (USNS), dedicated to the study & exploration of numismatics from various “fantasy” lands. The club includes many members from all around the world, with its own website and Yahoo Discussion group.

Oded also took the Presidency of the California Association of Token Collectors (CATC), during which time the club enlarged its membership and his editing of the club’s newsletter was a great success. Unfortunately, upon Oded’s leaving of CA, the club fell apart, without anyone capable of leading the club.

Oded’s dedication to Elongated coins is well known. He served as The Elongated Collectors (TEC) Vice President for two terms (2005 to 2009), lost the election for the Presidency to the “granddaddy” of elongateds, Mr. Ray Dillard in 2009, but did not despair and ran again in 2011, with the conviction that he could and will do well to the club. He was indeed elected, and has been working hard since August 2011 to advance the club and make it better, which he has very successfully done.

In addition to all of that, Oded constantly promotes interest in many “off the beaten path” numismatic fields by constructing and showing exhibits of the many of his collected unusual numismatic material at ANA and California State conventions, for which he received numerous Gold & Silver medals, including the very prestigious People’s Choice Award for an Elongated Exhibit in 2009 (the first time an elongated coin exhibit has ever received one of the ANA’s top exhibit awards), two times winner of the Best of Show at the Golden (CA) State Coin Show, Best Exonumia Exhibit in the same, and many more.

Oded is also an avid speaker, and has given many programs on his numismatic expertise to local clubs, as well as two presentations at the ANA Conventions’ Sundman Lectures.

Among his many accomplishments, Oded established three Yahoo Discussion Groups for the ANA – ANA-DRP, ANA-MRC and ANA Exhibitors & Judges. He is the current moderator of all three groups.

In 2009, Oded moved from Southern California to Southeast Idaho, establishing a new career path in his life, where he soon became an active member of the local Eagle Rock Numismatic Association (ERNS). Oded has been busy with the club’s YN Program for the last 3 years, and he was elected the President of the club in 2014.

According to Oded, he is "a very enthused & capable young man (51 years old), who puts his money where his mouth is." He has demonstrated laudable accomplishments in his numismatic path, including the fine representation of the ANA to its members and clubs. He has earned his way and deserves to take part in paving the road to a better ANA by sitting on the ANA Board as a Governor.