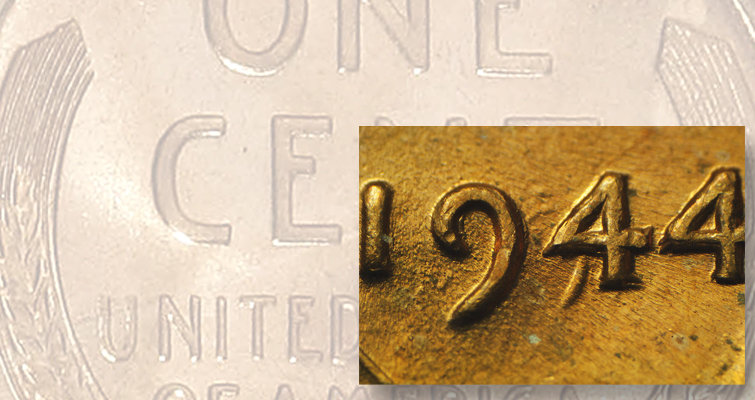 A strong widely separate extra 9 in the date shows on this 1944 Lincoln cent submitted by Robert Lawson. 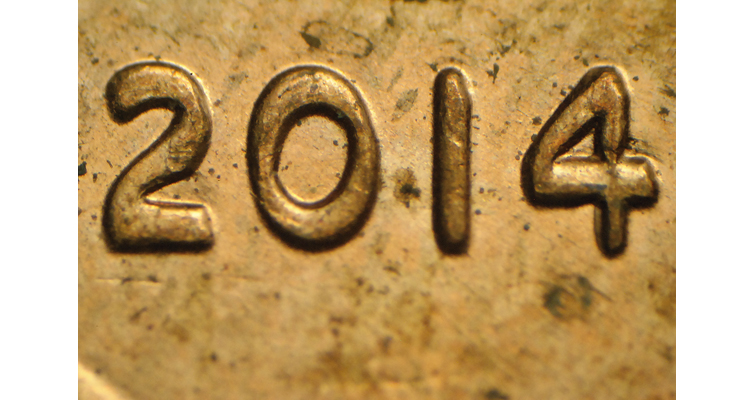 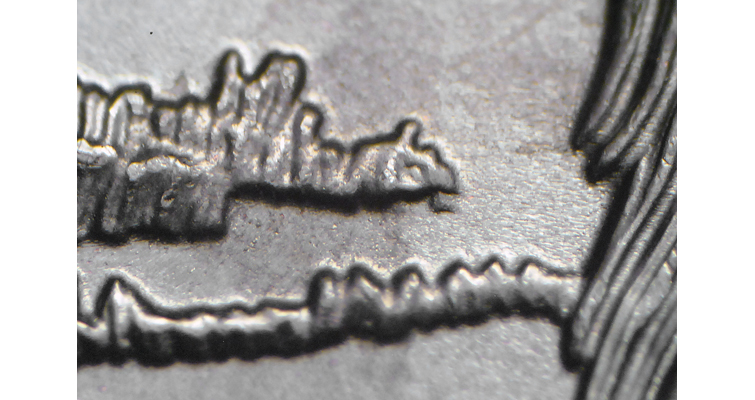 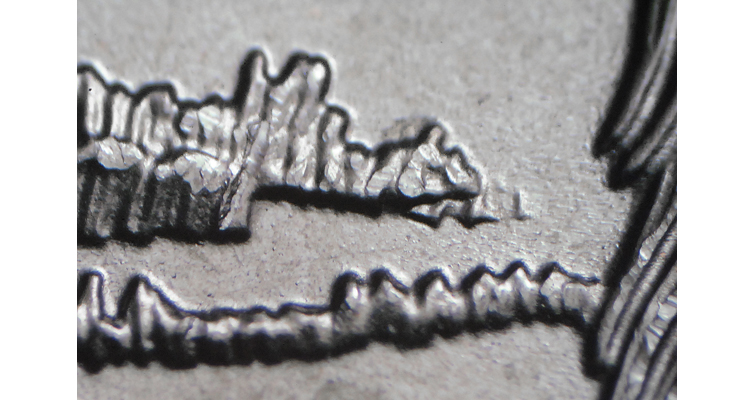 A very wide spread to the west shows as a strong partial extra 9 between the 9 and the 4 in the date. Another close spread shows on the 1 and the 9 also spread to the west. Lesser doubling in the form of an extra eyelid can be seen below the normal eyelid and also on the first and second T in TRUST. I now have this one listed in my files as 1944 1¢ WDDO-022.

Steve Smith got lucky and found an example of the 2014 Lincoln cent that has a strong doubled die obverse that I have listed in my files as 2014 1¢ WDDO-002. Very strong extra thickness and strong notching shows on LIBERTY and the date. Light extra thickness shows on WE TRUST.

Last month I reported on a nice doubled die reverse that was submitted by Andrew Turnbull. It turns out that Mr. Turnbull has two sons that share his interest in searching coins for die varieties. Twelve-year-old Riley and 9-year-old Kaden both made nice finds while searching 2015-P Bombay Hook National Wildlife Refuge quarter dollars.

The quarter dollar Riley submitted shows doubling below the right end of the upper grass strip, between the great egret (left background) and the great blue heron (right foreground). This one now resides in my files as 2015-P 25¢ DE WDDR-026.

Not to be outdone by his brother, Kaden Turnbull submitted the 2015-P Bombay Hook National Wildlife Refuge quarter dollar that I have listed as 2015-P 25¢ DE WDDR-027. It also shows strong doubling below the right end of the upper grass strip between the great egret and the great blue heron. It is wonderful to see young numismatists searching for die varieties. They are the future of the hobby. 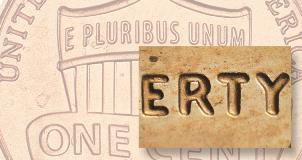