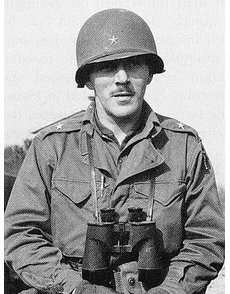 President Obama gave his approval to gold medals to honor the service of a special military unit in World War II.

Two identical congressional gold medals will be struck to recognize the service of the First Special Service Force during World War II. Obama signed the authorizing legislation into law July 12.

The law also authorizes production of bronze duplicate medals to be offered for public sale.

The military unit was composed of volunteers from the United States and Canada and was activated in July 1942 at Fort Harrison near Helena, Mont. They were known as “the Force,” according to the legislation.

The idea behind the military unit was “to target military and industrial installations that were supporting the German war effort, including important hydroelectric plants, which would severely limit the production of strategic materials used by the Axis powers,” according to the legislation.

A pioneer in emergency medicine would receive a congressional gold medal if legislation introduced by a man whose life was saved by those pioneering efforts is approved by Congress and signed into law.

Cowley was the founder of the first trauma center at the University of Maryland.

According to the legislation, Cowley, known as the “Father of Trauma Medicine,” created the “Golden Hour” concept that saved Ruppersberger’s life after a near-fatal car crash in 1975.

Cowley was the first to propose “the now universally-accepted Golden Hour concept, which describes the first 60 minutes following injury when definitive care is crucial to trauma patients’ survival. He was among the first to perform open-heart surgery, lobby for helicopter evacuations and invented both a surgical clamp that bears his name and a prototype pacemaker,” according to a news release from Ruppersberger’s office.

The entire Maryland congressional delegation has signed on as original cosponsors.

According to Ruppersberger’s office, Sen. Barbara A. Mikulski, D-Md., will introduce the bill’s counterpart in the Senate.

The R. Adams Cowley Shock Trauma Center at the University of Maryland “boasts a 97 percent survival rate. Hundreds of medical personnel have trained there including members of the U.S. military in preparation for deployment to combat zones,” according to a news release from Ruppersberger’s office.

The medal would recognize Cowley’s “lifelong commitment to the advancement of trauma care,” according to the legislation.

Cowley’s advocacy of the “Golden Hour” concept also led to the first medevac transport system in the nation in 1969, the bill states.

The Treasury secretary would select an appropriate design to recognize Cowley’s “lifelong commitment to the advancement of trauma care,” according to the legislation.

The bill, if approved by Congress and signed into law, would also authorize the striking and sale of bronze duplicate medals.

The legislation was referred to the House Financial Services Committee. ¦