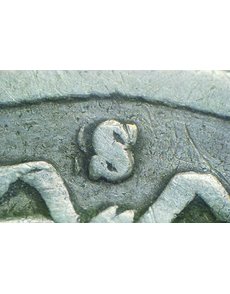 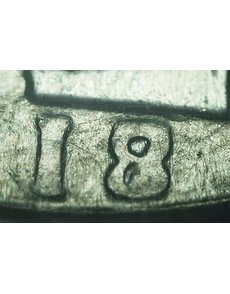 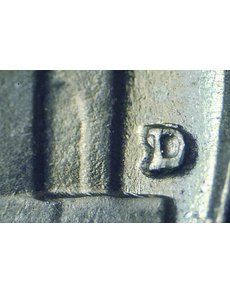 This 1955-D/S Jefferson 5-cent coin with a D Mint mark from the Denver Mint punched over an S Mint mark for the San Francisco Mint was submitted by Brian Ribar. 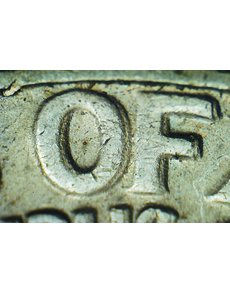 Running through them chronologically, the first submission is an 1893-S/S Barber dime from Clark Bossler. It has a strongly repunched S that is described as an S/S East. I have it listed in my files as 1893-S 10¢ WRPM-001. It is illustrated in The Cherrypickers’ Guide to Rare Die Varieties where it is listed as FS-10-1893S-501.

An over Mint mark variety is from a die that received Mint mark punches for two different Mints. Brian Ribar submitted a 1955-D/S Jefferson 5-cent coin with a D Mint mark from the Denver Mint punched over an S Mint mark of the San Francisco Mint.

The underlying S shows quite clearly above and to the left of the top of the D. Several different 1955 Jefferson 5-cent coin working dies have this OMM variety. It is believed that several S-Mint reverse working dies were left at the end of 1954 and, rather than waste them, the Philadelphia Mint punched a D over the S and shipped them to the Denver Mint for use in 1955. I now list this one as 1955-D 5¢ WOMM-016.

Ryan Magers submitted a 1965 Washington quarter dollar with a nice reverse doubled die. I list it as 1965 25¢ WDDR-002. A Class I counterclockwise spread shows on UNITED STATES OF AMERICA, QUARTER DOLLAR, E PLURIBUS UNUM and the lower leaves.