numismatic lineage from one family 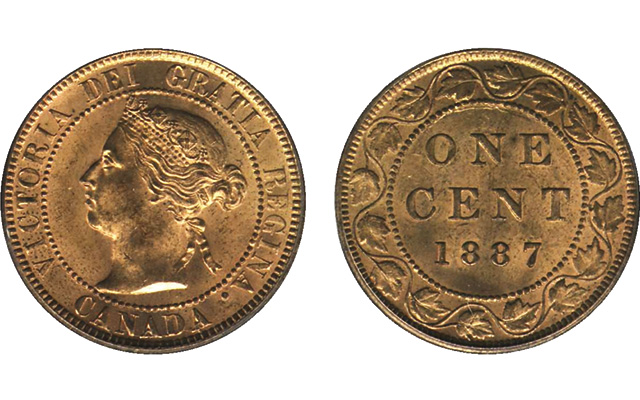 One family tree type set included an 1887 Canadian cent, not as nice as the one illustrated, to represent the birth year of a maternal great grandmother. 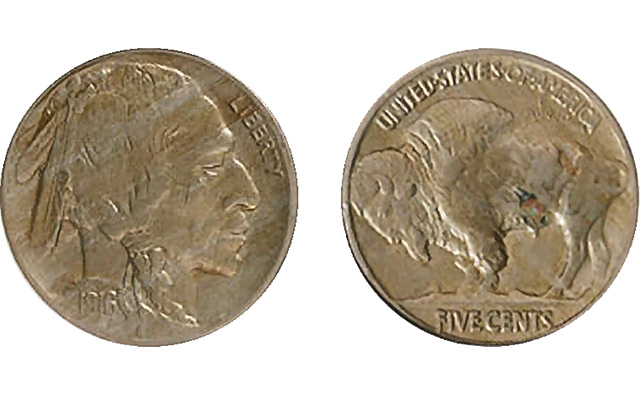 Maternal grandparents were represented with circulated examples of the 1916 Indian Head 5-cent coin. 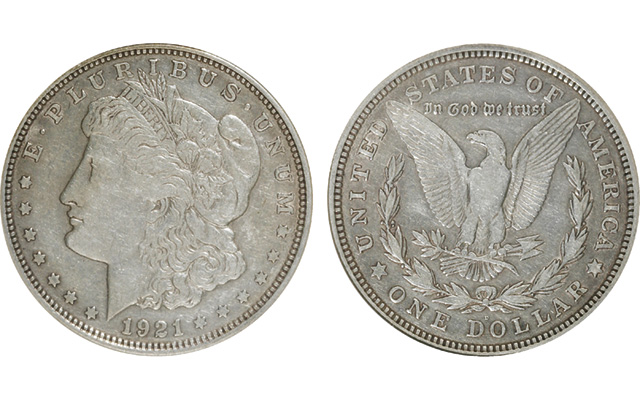 A 1921-D Morgan dollar, although not the one illustrated, was included for the birth year of a paternal grandmother (since the 1921 Peace dollar was cost prohibitive).

Annual United States Mint Proof sets have a long tradition as gifts for a birth in one’s immediate family, extended family, or that of a close friend.

In 2012, the Mint introduced a special Birth set that permits the recipient to insert a photo and lock of the baby’s hair in a capsule within the packaging for the set’s five Proof coins, cent through half dollar, struck at the San Francisco Mint with the S Mint mark.

Beyond such a prepared set, collectors could assemble a type collection of coins relative to a birth in a number of ways.

Birth year type set options are what you make of them.

You may decide to put together a set of coins based on your own birth year, and limit it to examples just struck for special sets, such as Proof or Uncirculated Mint sets, or you could include just those issues struck for circulation.

In contrast, you could broaden the collection’s scope by including examples of coins struck at multiple Mints. Currently, the United States Mint strikes coins at Mint facilities at Philadelphia, Denver, San Francisco and West Point.

A type set should have a focus, but does not have to be restricted to U.S. coins, especially if one was born outside the United States. The country of birth could provide a focus for the collector, who might choose issues solely from that nation for a type set. An adventurous collector could aim to collect one of every coin issued worldwide within their birth year.

One intriguing birth-year related type set to consider would include a coin representing each person on a family tree. Such a set could be truncated or more fully branched out, depending on how far one could trace the family’s ancestry.

Websites such as Ancestry.com increase the possibilities for discovering an extended family tree with many branches. A collector could limit a growing set’s overall cost by seeking and acquiring representative coins in affordable circulated conditions.

More than 20 years ago, when my young children (now 35 and 33) accompanied me to the Michigan State Numismatic Society Fall Convention, one of the Young Numismatist activities, to be completed before the show, was assembling a family tree of coins.

The reward for doing so and bringing the results to the convention was an American Eagle 1-ounce silver bullion coin.

For the 1887 year, one selection was a circulated 1887 Indian Head cent and the other a circulated 1887 Canadian large cent, since the great grandmother was born in Canada. Both coins were acquired for a few dollars each.

For 1888, I remember spending a few dollars for a circulated 1888 Seated Liberty dime. I ruled out the 1888 Liberty Head 5-cent coin as cost-prohibitive for this task.

I did, however, opt to include an 1897 Liberty Head 5-cent coin for a few dollars to represent one of the other great grandparents.

The year 1921 presented a challenge. The final choices were one 1921 Lincoln cent and one 1921-D Morgan dollar, since a 1921 Peace dollar would have broken the bank (me).

For 1954, there was a circulated 1954 Franklin silver half dollar for one type set and circulated Washington quarter dollar for the other.

Representing my son and daughter, respectively, were Proof examples of 1979 and 1981 Washington quarter dollars.

Assembling such a family tree of coins for your family can offer not only a bonding experience with current family, but also an illustrative history of the types and denominations of coins issued and used during the lives of long-departed ancestors.