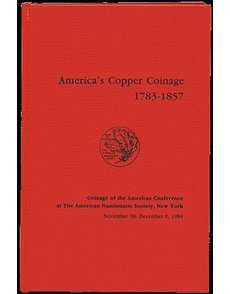 John Kraljevich Jr. was introduced to the numismatic works of Dick Doty when he purchased a copy of America’s Copper Coinage, 1783-1857.

The community of collectors and researchers of pre-Federal coinage has lost one of its pre-eminent academic champions.

Dr. Richard Doty, Dick to everyone he met, set his analytical mind, professorial demeanor and brilliant wit to work in the field of numismatics early in his professional life. He loved coins from the time he was a kid, and he continued to apply that childlike enthusiasm for discovery throughout his time as a curator, first at the American Numismatic Society, then at the Smithsonian Institution’s National Numismatic Collection, where he served as chief curator for 27 years. Dick recently passed away after a battle with lymphoma. He was 71.

I first encountered Dick’s work as a kid when, by stroke of luck, I purchased a copy of America’s Copper Coinage, 1783-1857 in, of all places, the gift shop of the Philadelphia Mint. Surrounded by key chains, tchotchkes and souvenir sets, it stood out for its intensely historical approach to coin collecting. The book collected the papers from the very first Coinage of the Americas Conference, an American Numismatic Society staple that has added important research works to our body of numismatic knowledge more than a dozen times over.

Dick got to be in charge of the first COAC (held in 1984) and several thereafter, and continued to deliver papers at future COACs even after leaving the ANS.

Dick was also there in 1976 when the ANS staged a special exhibition to coincide with the Bicentennial, along with a conference that turned out to be a predecessor to the COAC. The delivered papers were published as Studies on Money in Early America.

Doty’s introduction is perhaps the single best two-page summation of the unique importance of the numismatics of Colonial America ever written.

He understood the historical underpinnings, the economic issues, the big picture, better than most before or since. “The evolution of money in early America,” he wrote, “was a peculiarly full one, embracing virtually all of man’s search for a viable medium of exchange, interweaving barter, coins, and paper money.”

Much of his research revolved around coining technology, particularly in the 17th and 18th centuries, including the great refinement of Boulton and Watt’s mint in Birmingham, England (The Soho Mint and the Industrialization of Coinage, 1998). He had the unique ability to write for the masses or write with academic rigor, employing first-rate research skills and humor in both settings.

Dick was a generous guardian of the nation’s coin collection, allowing researchers and collectors the chance to come face-to-face with extraordinary treasures. More than that, he genuinely enjoyed being there for their moments of discovery. Others will follow in his footsteps, but it’s hard to imagine anyone having more fun at his job than Dick had.