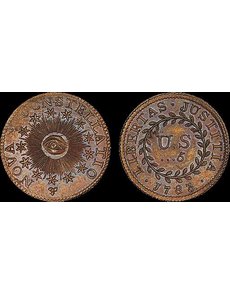 The unique copper 1783 Nova Constellatio 5-unit pattern, to be on exhibit, was unknown to the numismatic world until 1977 when it surfaced in France. 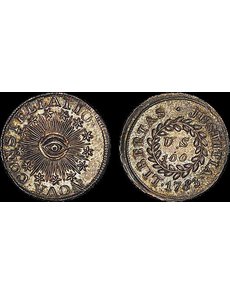 Known as the “cent” or “bit,” the 100-unit pattern, certified PCGS Proof 66, is one of three examples known to exist. 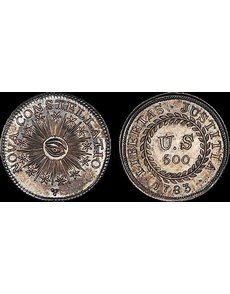 The 500-unit “quint” is known by two unique obverse design types. Shown is the Type I design, one of the four coins to be placed on exhibit, which replicates the obverse found on the other patterns, except for the denomination. It is graded PCGS Proof 65+. 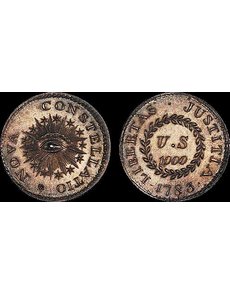 The highest-known denomination among the 1783 Nova Constellatio silver patterns is the 1000-Unit, or “mark.” The unique silver pattern shown is graded PCGS Proof 65+.

Insured for $15 million, a unique set of four 1783 Nova Constellatio pattern coins will be displayed Aug. 13 to 17 in Rosemont, Ill.