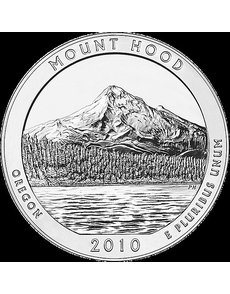 Most of the nine authorized purchasers that have ordered the America the Beautiful 5-ounce silver bullion coins have indicated they will start selling the coins Jan. 3.

None of the nine authorized purchasers have scheduled to begin accepting orders for the coins from customers until Jan. 3.

The only two authorized purchasers that chose not to participate in the sales of the 3-inch, 5-ounce silver coins are two firms that, although they have New York City offices, are headquartered outside the United States.

One of the Mint’s selling restrictions is that the authorized purchasers must sell strictly to American customers only at U.S. addresses.

The nine authorized purchasers that placed orders for the maximum allocation of 3,000 coins for each of the five coin designs by the 3 p.m. Eastern Time deadline Dec. 17 and will be selling the coins are:

FideliTrade Inc. is the only purchaser to indicate thus far that it will sell the coins as individual pieces; the firm is limiting sales to one coin per customer and is not selling sets.

The 6,000 coins from each of the five coin designs that Commerzbank and ScotiaMocatta relinquished were reallocated Dec. 20 to the remaining nine authorized purchasers who chose to participate. The nine firms had until 3 p.m. Eastern Time Dec. 23 to place orders for the remaining coins. If all 6,000 coins are not ordered, any remaining coins would be put back in the pool for another reallocation.

The authorized purchasers are restricted to selling all of their coins acquired from the Mint to the American public for no more than 10 percent above the cost of acquisition from the Mint, plus reasonable shipping and handling costs.

The price each of the nine firms will charge for the coins will vary based on a firm’s own acquisition costs, determined by the price at which the individual firm acquired each coin from the Mint.

The acquisition price represents the London PM fix per ounce in a designated day, times five ounces per coin, plus the $9.75 per coin premium set by the Mint.

Five authorized purchasers placed orders Dec. 10, two placed orders on Dec. 17, and two on Dec. 20. Those orders will be acquired at three different London PM fix prices, with prices for orders placed by Dec. 23 based on yet another fix price.

Considering fix prices, five-coin sets are likely to be offered at retail for from just under $800 to $850, or approximately $160 to $170 per coin. Total costs could vary further depending on the shipping and handling costs.

On Dec. 1, the authorized purchasers were informed that they could place orders with the Mint for their maximum allocation on Dec. 6. However, because of complaints from Mint customers that the coins were being sold at 80 to 100 percent over the precious metal melt value, Mint officials on Dec. 6 suspended the program until they could re-examine the terms of sale.

Mint officials informed the authorized purchasers Dec. 9 that the program would be reopened Dec. 10 with new restrictions on sales, with all sales to secondary distributors eliminated.

The authorized purchasers also are prohibited from charging a premium more than 10 percent of their cost. ¦