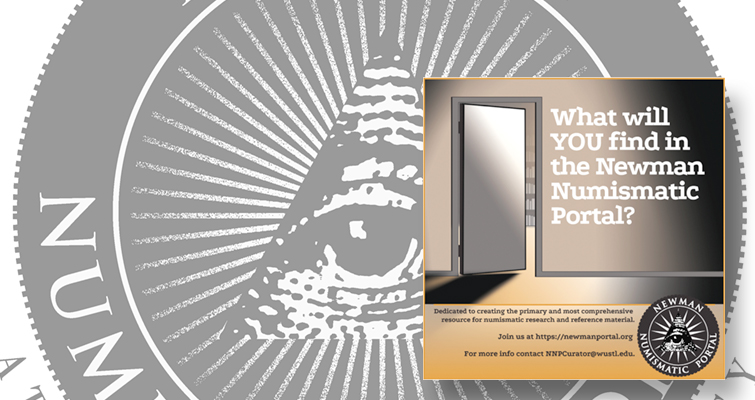 Collectors, numismatic researchers and generally anybody else can now access the Newman Numismatic Portal to search digitized reference resources.

The NNP is funded by the Eric P. Newman Numismatic Education Society and administered through Washington University in St. Louis. The focus of the portal is to provide the most comprehensive numismatic research tool available online.

Tens of millions of dollars for philanthropic endeavors have been raised through a series of auctions over the past two years that offered select numismatic items from Newman's more than nine decades as a numismatist.

“I have long wanted to make the literature and images of numismatics, particularly American numismatics, available to everyone on a free and forever basis,” said the 104-year-old Newman, president of EPNNES. “Today’s digital technologies, combined with the funds recently assembled from auctions of some of our foundation’s holdings, now make this possible.”

The long term goal of NNP, as the number of resources available continues to grow, is to increase collector collaboration and foster knowledge sharing through crowdsourcing and other initiatives.

The National Numismatic Collection at the Smithsonian Institution has recently demonstrated the promise of crowdsourcing in cataloging thousands of national bank currency proofs, according to NNP representatives.

The Newman Portal has announced its first such project, creating a transcription of Franklin Peale’s Report (1835), a fundamental document related to 19th century American coining technology. "With today’s electronic resources, the power of the community can accomplish tasks beyond individuals or small teams, and the Newman Portal will enable this within the numismatic research space," according to NNP officials.

The Newman Portal project launched scanning operations at Washington University Libraries in July 2015 and at the American Numismatic Society in November 2015. Both locations are equipped with scanning equipment supplied in partnership with Internet Archive, as well as personnel to perform scanning on a full-time basis.

More than 3,000 documents, representing more than 100,000 pages, have been completed to date. The documents represent a mix of auction catalogs, periodicals, reference books, and archival material.  Most of this material is unique to the Newman Portal and has not been previously scanned.

Among the titles currently available to researchers are:

In addition to the libraries of Eric P. Newman and the American Numismatic Society, a number of contributors including private collectors Dan Hamelberg, Bill Burd, and Joel Orosz have loaned material to the Newman Portal for scanning. The Newman Portal has further partnered with over a dozen specialty and regional organizations to provide access to back issues of club journals. A full list of available publications may be found in the periodical section of the Newman Portal.

The Portal further includes reference content structured for optimal usage within the context of online access. Resources such as Pete Smith's American Numismatic Biographies and Albert Frey’s dictionary from the American Journal of Numismatics have been broken down into separate entries and appear individually in search results.

The U.S. coin encyclopedia comprises more than 2 million auction prices realized. A Lucene-based search engine allows users to search across all content, from the scans hosted by Internet Archive to the reference material within the site itself. 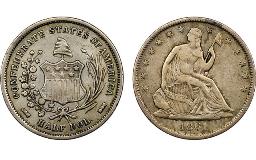 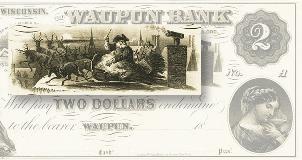 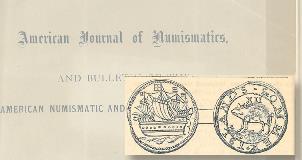