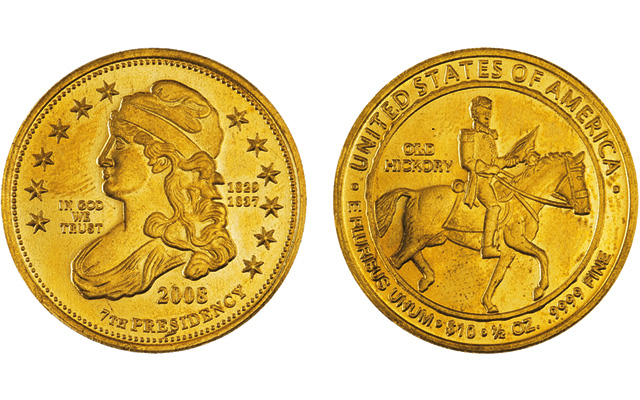 The numismatic community can call upon expanded legal remedies involving nongenuine numismatic items, including fake coins in counterfeit grading service holders, thanks to a new law.

The Collectible Coin Protection Act “not only responds to the advances in counterfeiting technology but also expands the remedies to those harmed by the sale of counterfeits,” according to Jimmy Hayes, legislative consultant for the Industry Council for Tangible Assets.

President Obama signed the act into law on Dec. 19, 2014. The law adds provisions to strengthen the Hobby Protection Act, which was approved Nov. 29, 1973.

Hayes said the new law “adds ‘distributors’ who knowingly sell counterfeit coins, expanding the old law’s reach that was limited to the ‘manufacturers or importers.’ ”

He also said the new law expands the venue provisions in the current Hobby Protection Act, and now “allows greater and quicker response to wrongdoers who move from place to place. This also provides the path to seizure of the counterfeits during the initiation of legal proceedings.”

The new law also adds “trademark violations provisions available to grading certification services. This provides for ‘seizure’ and immediate ‘injunctive relief’ and can lead to destruction of the counterfeits.

That section of the Trademark Act will be updated to include “unauthorized use of registered trademarks belonging to a collectibles certification service.” Such a service is “recognized by collectors for providing independent certification that collectible items are genuine.”

According to Max Spiegel, vice president of sales and marketing for Certified Collectibles Group, parent company of Numismatic Guaranty Corp., “Grading services like NGC help to protect collectors and dealers around the world from counterfeit coins and we welcome this important step by Congress and the President to better safeguard the invaluable services that we provide.”

Spiegel said, “NGC has spent millions to develop its intellectual property, including its state-of-the-art coin holder and certification label, and this provision should go a long way towards stopping those who seek to profit by deceiving the public through the infringement of our trademarks.”

The act designated the Federal Trade Commission to develop regulations regarding how the marking would be carried out. The FTC issued its Rules and Regulations in 1975. Those rules established the sizes and dimensions of the letters and numerals to be used as well as the location of the markings.

The rule was amended in 1988 to provide additional guidance on the minimum size of letters for the word “COPY.”