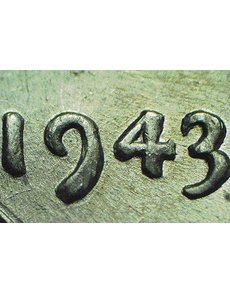 The easiest place to spot the doubling on the 1943 Lincoln cent submitted by Dustin Farris is the date. It shows as massive extra thickness. 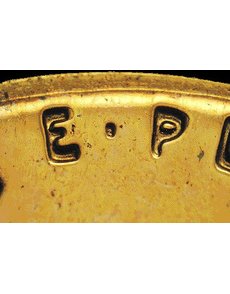 A Proof 1957 Lincoln cent submitted by Brian Ribar shows strong doubling to the letters of E PLURIBUS UNUM and the dots. 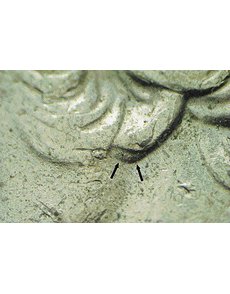 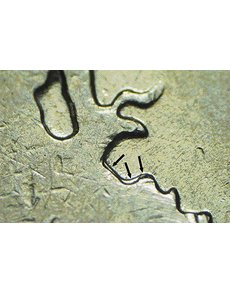 Doubling on the reverse of a 2007-P Wyoming quarter dollar can be seen on the horse’s mane just below the saddle horn. This quarter was submitted by Marilyn Keeney.

Once again Coin World readers have been hard at work searching for die varieties and fortunately for all of us, they are willing to share their finds so that the rest of us know what to look for.

Dustin Farris loves searching the 1943 Lincoln cents for die varieties and his persistence paid off with a really nice find. Farris submitted a 1943 cent with a very strong obverse doubled die. It shows as extremely strong Class VI extra thickness to the date, LIBERTY and IN GOD WE TRUST.

While it isn’t a new discovery, it is a very nice find. It has been deemed significant enough to be illustrated in The Cherrypickers’ Guide to Rare Die Varieties where it is listed as FS-101. I have the variety listed as 1943 1¢ WDDO-001 in my files.

Brian Ribar submitted a Proof 1957 Lincoln cent that has a strong doubled die reverse. A strong Class II spread toward the center shows on the letters of E PLURIBUS UNUM, the dots, and both wheat heads and stems. It is a new listing for my files (1957 1¢ Pr WDDR-015).

Since the life of a Proof Lincoln cent die rarely exceeds 3,000 coins, it is highly likely that no more than 3,000 examples of this variety exist.

State quarter dollar doubled dies from two different states have been added to my files by Leonard Schulfer. Each is a “first” known doubled die reported for these states. Both are 2001-D quarter dollars and both show nice doubling to the underside of Washington’s ear. One is from Kentucky and the other is from Rhode Island. Pictured with this column is the Kentucky quarter dollar. The Rhode Island doubling is very similar.

A new listing for the Wyoming quarter dollars was submitted by Marilyn Keeney. Her doubled die reverse shows doubling on the horse’s mane, and on the left side of the first lock of hair on the horse’s mane just below the saddle horn. I list this one as 2007-P 25¢ WY WDDR-066 in my files.

And what about you? Don’t let other Coin World readers have all the fun. Start searching.