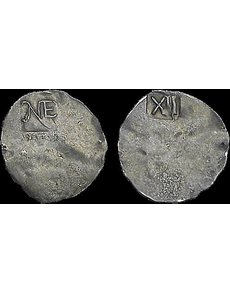 Gardner, Mass., dealer Rex Stark said Jan. 9 that he sold the coin to an unnamed dealer during dealer setup at the Florida United Numismatists convention. Stark said the dealer plans to hold on to the coin for the time being.

The 1652 shilling was offered by Stack’s in the auction of the James E. Stiles Collection.

When offered in the 1981 Stack’s sale, the New England shilling was described as in Extremely Fine condition. The coin is attributed as Noe 3-B, as cataloged in The Silver Coinage of Massachusetts by Sydney P. Noe. It is also attributed in Christopher J. Salmon’s 2010 reference as the Salmon 3-C die marriage.

Stark said he was a close friend of the collector who acquired the New England shilling at the Stack’s sale.

The Massachusetts silver coins were the first coins struck in British North America, produced without royal approval (their issuance coincided with the existence of Oliver Cromwell’s Commonwealth) to fill a commercial need for currency. By today’s standards, they appear crude, struck on misshapen planchets with designs that were well below even the standards set by mid-17th century government mints in Europe and Spanish America. For many collectors, though, their appearance is a great part of their charm.

The first series, called the New England or NE coinage, are simple, irregularly shaped disks of silver, punch-stamped with NE on one side and the denomination in Roman numerals on the other side: III, for threepence; VI, for sixpence; and XII, for the shilling or twelvepence.

The issues were produced for the Massachusetts Bay Colony at the provincial mint in Boston from 1652 through the early 1680s.

The New England series coins are undated. All but one of the issues in the “Tree” coinage is dated 1652. The Oak Tree twopence coins, which are dated 1662, are the exception. The dates refer, not to years of production, but to the years in which the various denominations were authorized by the Massachusetts Assembly, many researchers believe; the twopence was authorized in 1662, and all the other denominations were authorized in 1652. ¦