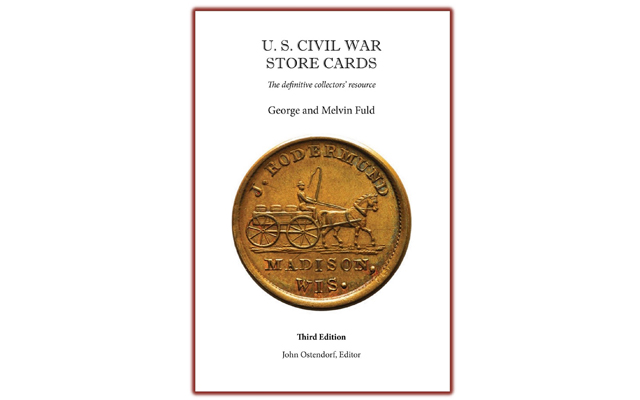 A third edition of a milestone work about Civil War tokens issued as advertising pieces is now available. 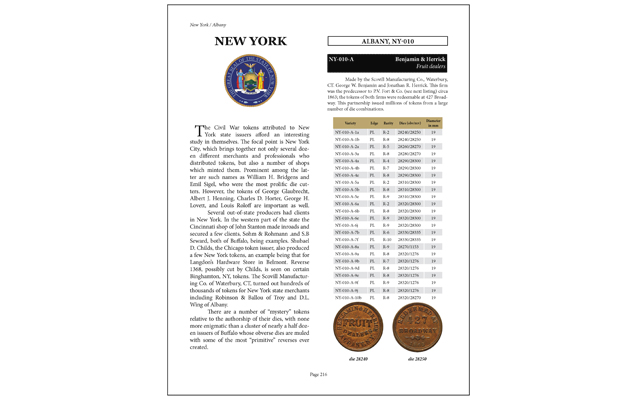 The book, which was edited by John Ostendorf, features many new listings and new research about one of two major categories of Civil War tokens.

Store cards were cent-sized money substitutes that served as advertising pieces during coinage shortages amid part of the war. The other category, patriotic tokens, served as an emergency money substitute as well, but the designs did not feature merchant information; instead, they featured mostly patriotic themes.

The first edition of the landmark book, by the father-son team of George and Melvin Fuld, was published in 1972, and a second edition followed in 1975.

The catalogs list all merchant issuers of Civil War tokens by state and town. Thousands of tokens are depicted with their rarity numbers and numerous charts are included.

The third edition includes a new separate section on hard rubber tokens, as well as merchant biographies, historical insights and information about how to collect the tokens.

The full-color book measures 8.5 inches wide and 11 inches tall, and is 664 pages in length.

The price is $85 for members of the Civil War Token Society and $100 for nonmembers. Postage is an additional charge.

The book may be ordered at the CWTS website or through the society’s book manager, Rick Snow at Eagle Eye Rare Coin. To order through Snow, send an email or write to the firm at P.O.Box 32891, Tucson, AZ. 85751.