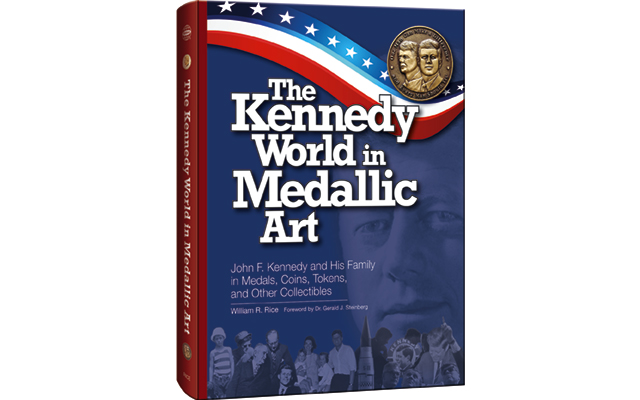 The new book by William R. Rice, The Kennedy World in Medallic Art, brings more than 40 years of research into focus. 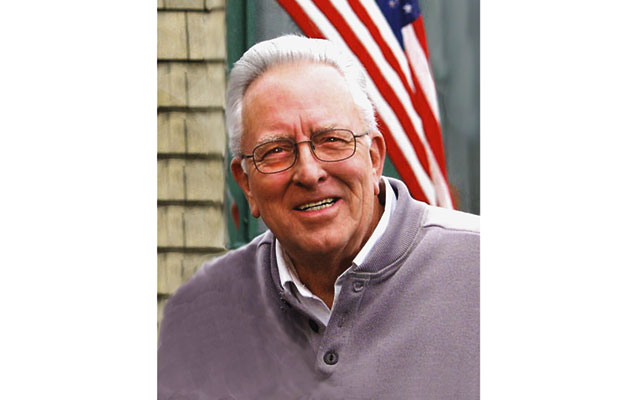 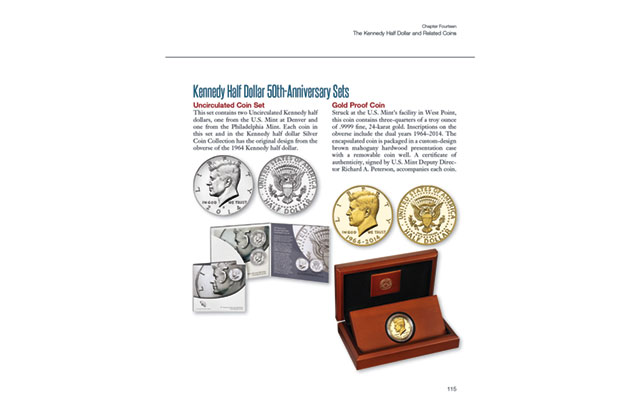 The new book is up-to-date, including this summer’s blockbuster release, the Proof 1964–2014-W Kennedy gold half dollar. 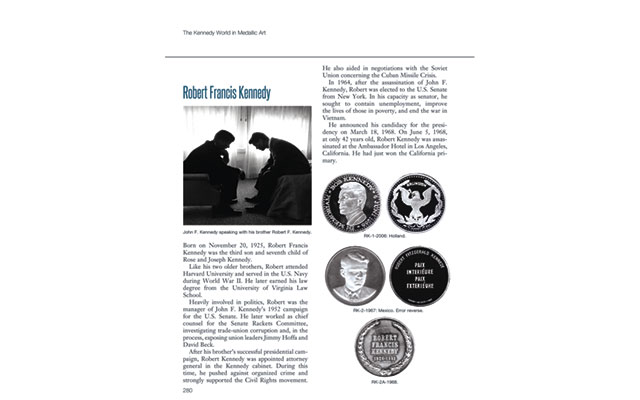 Brother Robert F. Kennedy is one of many Kennedy family members honored on related numismatic items cataloged in the new book.

Like many collectors, the author of a new book about John F. Kennedy’s place in the numismatic hobby began collecting because of a different president — but it wasn’t Lincoln cents that got William R. Rice started.

Getting a hobby start

“I remember my maternal grandmother bringing home a coin folder with open spaces to put in dimes to help children who were paralyzed buy braces so they could walk and play like I did,” Rice said in an email interview. “I guess you might say it was Franklin Delano Roosevelt and the March of Dimes that ignited the spark within that has lasted throughout my life.”

Rice, 73, said the hobby he began during World War II, and continued as a youth helper on a Good Humor ice cream truck in 1954, was set aside for the usual teenage pursuits.

Though Rice was born in New England, his family moved to San Diego, where Rice received his first exposure to politics when Vice President Richard Nixon visited and Rice had a chance to photograph the candidate at a campaign rally.

Eventually, though, Rice leaned toward the fellow New Englander, Kennedy.

“Perhaps it was my age or the mostly quiet Eisenhower years of the 1950s that caused me to embrace the Boston accented voice from my roots of New England,” he said.

In the summer of 1963 Rice’s father was a U.S. Navy senior master chief at the California U.S. Naval Ordinance Test Station. Although invited, Rice was unable to attend President Kennedy’s visit there on June 7.

“My father, who was Chief Master At Arms and head of the Navy Guard at the time, later presented me with a goldine bronze medal commemorating the Presidential visit — this was the beginning of my interest in Kennedy medallic art,” Rice said.

That interest in Kennedy is now realized in the 304-page hardcover book The Kennedy World in Medallic Art, which was published Sept. 25 by Whitman Publishing.

Rice’s work, subtitled John F. Kennedy and His Family in Medals, Coins, Tokens, and Other Collectibles, catalogs nearly 2,700 pieces in all, including the Proof 1964–2014-W Kennedy gold 50-cent coin that created so much news when sales began earlier this summer.

Dennis Tucker, publisher at Whitman Publishing, said: “John F. Kennedy is one of our consistently popular presidents, though not without elements of controversy and drama. The amount of related exonumia and coins is amazing, and [Rice’s] book is a colorful and detailed update of the field. He brings the numismatic study of JFK into the 21st century.”

Rice’s book offers five times the amount of material listed by Rochette, embracing and expanding Rochette’s numbering system. (“I have found the Rochette system to be superior to all other catalog systems, ...” Rice wrote.) He added new categories like military “Challenge coins,” Chinese Hell notes, carved hobo coins, Wedgwood pottery and many of other categories of Kennedy collectibles. Pieces related to Kennedy family members like wife Jacqueline and brothers Robert F. and Edward M. are also included.

Historical essays and photographs complement the colorful images of collectibles, and include some firsthand reports from Rice when he served in the U.S. Air Force with the 552nd Airborne Early Warning Wing.

Rice was witness to the Mercury space program, the Bay of Pigs debacle, the Cuban Missile Crisis and the early years of the Vietnam war, holding a “top secret” clearance.

Rice’s work on the book began in 1973, aiming to include the “undocumented multitude” of items issued after 1966, he said.

“I resolved that the project was not going to happen overnight but perhaps years down the road and I would probably at some point need help,” he said.

The most challenging part of the project, Rice said, has been the quest to obtain accurate background information on so many items produced worldwide.

“I welcome future collectors to join and correct my research where needed,” he said.

To learn more, or to buy the book, visit Whitman Publishing's website.