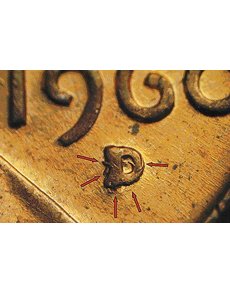 This 1960-D/D Lincoln cent from Benjamin Mielke shows that the Mint mark was punched into the die at least three times. 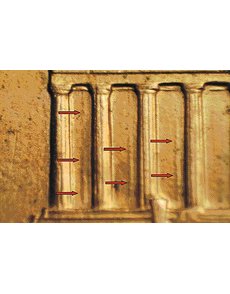 Joseph Koelling found a 1998-D Lincoln cent that shows several extra columns in the Lincoln Memorial on the reverse. 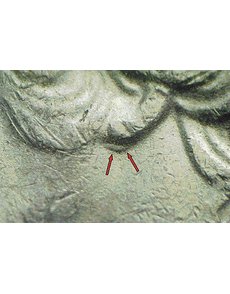 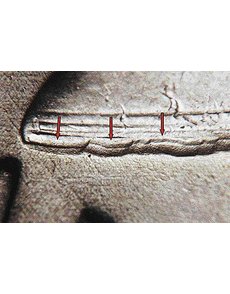 Tony Russo submitted this 1951 Franklin half dollar that has doubling to the bell and the eagle.

For me writing this column, one fascinating aspect is not knowing from month to month what I will be illustrating. The question is always “What will the Coin World readers surprise me with this month?” This month it is an interesting potpourri of varieties.

Prior to 1990, the Mint mark was hand punched into the working dies. It usually required more than one tap of the punch with a mallet to make a satisfactory impression of the Mint mark in the die. If there was any movement of the hand held punch between taps with the mallet, a doubled or tripled Mint mark would result.

Benjamin Mielke submitted a 1960-D/D Lincoln cent that shows one of these repunched Mint mark varieties. Careful examination shows that the Mint mark was punched at least three times.

In addition to the primary D, a weaker punch can be found to the south and another to the north. I have this one listed as 1960-D 1¢ WRPM-002.

It’s not a new listing but it is a great example of the nice varieties that can still be found with a bit of searching.

A 1998-D Lincoln cent with a doubled die reverse was submitted by Joseph Koelling.

Extra columns can be found in the first, second, third, ninth, 10th, and 11th Lincoln Memorial bays. I have this one listed as 1998-D 1¢ WDDR-007 and can’t help but wonder why someone didn’t report it sooner.

Marilyn Keeney shared a 2004-P Florida quarter dollar that shows nice doubling on the underside of Washington’s earlobe. I now have this one in my files as 2004-P 25¢ FL WDDO-002. Keeney has contributed a number of nice varieties to this column and is a great example of the “seek and you shall find” approach.

A 1951 Franklin half dollar with a doubled die reverse was submitted by Tony Russo.

Listed as 1951 50¢ WDDR-004, doubling shows on the left side of the upper bell structure, the left side and top of the bell supports, the bell clapper, the bottom of the bell, and the eagle’s talons and tail feathers.