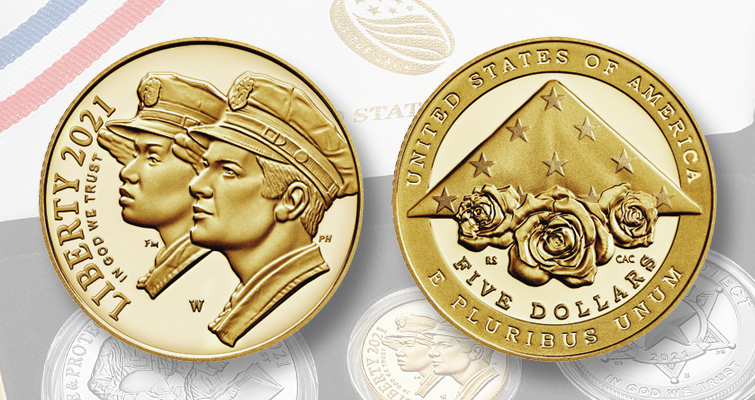 Sales of the 2021 commemorative coins like this National Law Enforcement Officers Memorial gold $5 coin are well below maximum mintages in a year when collector and dealer attention has been focused on other numismatic products offered by the U.S. mint.

Lost in all the attention given to the United States Mint’s manufactured rarities like the 2021 Morgan and Peace dollars are this year’s commemorative coins. The sales totals so far suggest that mintages for some of the pieces could be much lower than for the coins that drive collectors batty.

Combined sales for the Proof and Uncirculated 2021 silver dollar honoring teacher-astronaut Christa McAuliffe currently total fewer than 58,000 pieces from a maximum mintage of 350,000 coins. That is abysmal, especially compared to sales for the 2019 silver dollar honoring Apollo 11 (more than 283,000 pieces combined, with the Uncirculated version’s total being higher than the combined total for the 2021 coin).

The other 2021 program, for the National Law Enforcement Memorial, sports sales that are even lower than for the McAuliffe coin (36,490 silver dollars total, with gold coin sales a fraction of that at 6,450 pieces).

Commemorative coin programs with strong sales tend to have popular themes while those with weak sales often have themes that collectors find less interesting. No one could say honestly that the themes for the 2021 coins are popular, at least based on sales.

While collectors can justifiably blame the Mint for bad decisions made on such pieces as American Liberty gold coins, limited-edition American Eagles, and other special coins like the resurrected Morgan and Peace dollars, criticism over the annual commemorative coins should be directed solely at Congress (the Mint has no say in selecting themes).

We need reform at the Mint; we have argued that for years. But we also need changes in how Congress selects commemorative coin themes. We will explore that subject again next week.
Connect with Coin World:
Sign up for our free eNewsletter
Access our Dealer Directory
Like us on Facebook
Follow us on Twitter 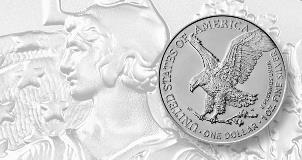 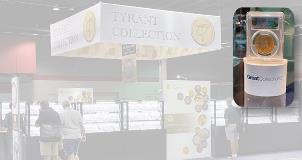 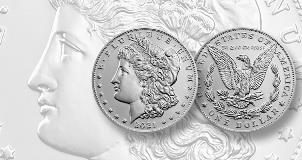