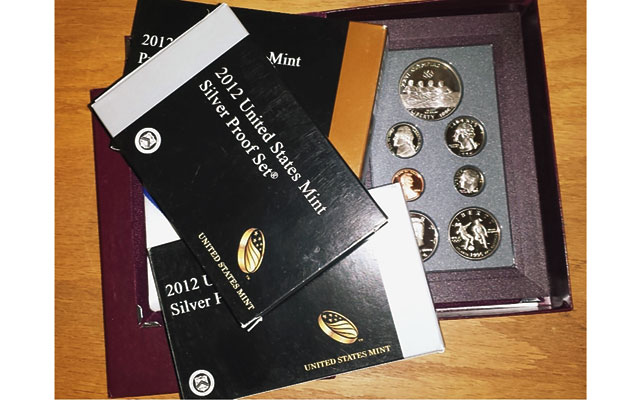 Modern U.S. Mint Silver Proof sets have recaptured this columnist's attention. He had all of them and sold most but read a Coin World story that changed his mind.

At one time, like so many other hobbyists, I collected U.S. Proof sets because their mirrored fields and cameoed devices were so alluring, especially when minted in silver in the 1950s and early 1960s.

My interest was piqued again with Silver Proof sets in the mid-to-late 1990s. I recall paying a local coin dealer $300 for a run of 1992 to 1998 Silver Proof sets in those fetching black and silver boxes. I felt at the time that these were a good investment, especially the 1993 and 1995 sets, with mintages of 570,213 and 549,878 respectively.  But over the years even these dropped significantly in value.

Off and on at coin shows and shops I cherrypicked the more valuable Small Date 1960 and 1970-S sets and 1979-S and 1981-S Type II sets. I broke them out and submitted the Small Date cents for grading. So those were lost as sets.

By this time, I had been a hobbyist for about a half century and needed space in my bank box for items other than Proof sets.

I had no intention of purchasing any more sets until I read a short report by Coin World’s Steve Roach, published in the May 15, 2014, issue of Coin World, about the key-date 2012 copper-nickel clad and Silver Proof sets.

The sets contain five 2012 America the Beautiful quarter dollars, Roosevelt dime and Kennedy half dollar (either silver or copper-nickel clad), in addition to four Presidential dollars and one Native American dollar, a Lincoln cent and a Jefferson 5-cent piece.

At the moment I am purchasing 2012 copper-nickel clad and silver sets whenever I can find good deals at shows or online, stashing them away like U.S. Savings Bonds.