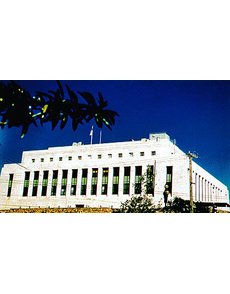 The third San Francisco Mint marks its 75th anniversary in 2012, an occurrence that may be marked by special collector sets offered by the United States Mint.

The U.S. Mint plans to offer a special collector set to mark 2012’s 75th anniversary of the current San Francisco Mint facility, though Mint officials have not determined what items the set will contain.

Mint officials recently sought comments through a survey completed by Mint customers, asking the customers what they would like to see in a special two-coin set. The survey question did not mention the San Francisco Mint’s anniversary as the theme for a possible collectors set.

In the survey, U.S. Mint officials also sought to gauge the level of collector demand for the set, asking questions about appropriate mintage and household order limits.

The Mint would like to avoid online and telephone ordering complications like those encountered by collectors trying to place orders for the 2011 American Eagle 25th Anniversary Silver Coin sets, for which demand strongly outstripped the supply. Limited to a mintage of 100,000 sets maximum and a sales of five sets per household, the allotment sold out in under five hours amid widespread ordering problems online and by telephone.

“We will not take to market a product that we have that shows indications of a repeat of the 25th Anniversary set, where we have a lot more demand than product available,” U.S. Mint Deputy Director Richard A. Peterson said Jan. 27 during a telephone interview with Coin World.

Peterson said the firm conducting the survey on behalf of the Mint, National Analysts Worldwide, Philadelphia, offered 27 different “nuanced” versions of the survey to 100,000 Mint customers who had ordered at least two American Eagle silver coin products in recent years. Email messages inviting customer participation in the survey, conducted online, were sent out beginning Jan. 19, with a final deadline of Feb. 1. Among the questions asked were those seeking responses to what kinds of American Eagles customers would like to see in sets, plus preferred finishes, mintages and household ordering limits.

Preliminary results from the survey are expected at the Mint by early March, with detailed results collated by the end of the month, Peterson said.

One initiative the Mint has undertaken is the contracted development and implementation of an integrated online and telephone ordering system to replace the current outdated system, which has not been overhauled in more than a decade.

However, Peterson said it is likely that the new system won’t be operational until late 2012 or early 2013, to give the Mint time to work out any kinks. The system was originally anticipated to be fully operational by the fall of 2012.

The U.S. Mint’s new order management system is being constructed under a maximum six-year contract with a British-based vendor, at a price tag as high as $100 million.

Peterson said the Mint is hoping to conduct user acceptance testing beginning in October of a beta version of the new system by soliciting Mint customer participation. Results from beta testing will enable the Mint to correct any problems before the full system is brought to market, according to the Mint.

Peterson said if the system being developed is not operational when the Mint plans offers of any special set or sets, officials will have to improvise, possibly offering the sets through a lottery system. ¦