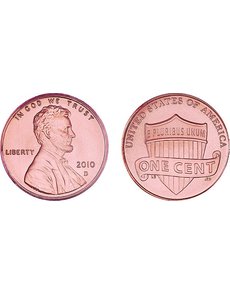 A Lincoln cent costs more than its face value to manufacture. Congress has given the Mint authority to study the matter and make recommendations. 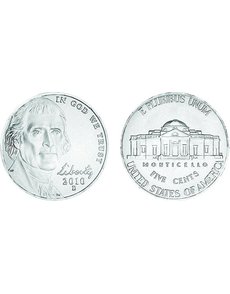 The U.S. Mint is now seeking public comment on factors to be considered for conducting research for circulating coin production. A report from two months ago states that it costs the Mint more than nine cents to strike a Jefferson 5-cent coin.

Using authority granted by the Coin Modernization, Oversight and Continuity Act of 2010 (Public Law 111-302), the United States Mint announced March 7 that it is seeking public comment “from all interested persons on factors to be considered in conducting research for alternative metallic coinage materials for the production of all circulating coins.”

The Mint stated that these factors include, but are not limited to:

? risks to the environment and public safety

? any other factors considered to be appropriate and in the public interest

Comments to the Mint regarding this issue must be submitted on or before April 4. Persons or parties with an opinion on this subject are invited to contact the Mint by e-mail at coinmaterials@usmint.treas.gov, by fax at (202) 756-6500, or by mail at New Coin Materials Comments, Mail Stop: Manufacturing 6 North, United States Mint, 801 Ninth St. N.W., Washington, DC 20220

In the Coin Modernization, Oversight and Continuity Act of 2010, Congress gave the Treasury Department (which oversees the Mint) the authority to conduct studies for alternative metallic coinage materials. The bill was signed into law by President Barack Obama Dec. 14, 2010.

The law was passed in response to a Treasury Department request in early 2010 to gain more control over determining the composition of circulating coins.

A similar legislative attempt was made in August 2007, when two separate bills were introduced in the House and Senate on the behalf of Treasury officials.

The 2007 bills called for Congress to cede its constitutional authority governing coinage compositions to the Treasury secretary. Neither bill moved beyond the subcommittee level.

The act passed in 2010 did not cede congressional responsibility over coinage compositions to the Mint.

Although the Mint is authorized to study and recommend composition changes to circulating coins under the current law, the Mint is still restricted from implementing changes without congressional approval. Under the Constitution, Congress is the governing entity empowered with the final authority to coin money. This power includes establishing the specifications comprising the denominations, such as weight, diameter and composition.

Over the past several years, the rising costs of materials and labor the Mint requires to manufacture circulating U.S. coinage have made some denominations unprofitable. Of the five circulating denominations, the cost of minting 1-cent and 5-cent coins is greater than the face value of the coins themselves.

In the Jan. 10 issue of Coin World, Paul Gilkes reported on the Mint’s increasing costs to produce circulating coins.

The Mint’s cost to produce other circulating denominations — the dime, quarter dollar and dollar — rose in Fiscal Year 2010, but not to the point where the cost of minting these coins exceeded the coins’ face value.

While the Mint still strikes Kennedy half dollars, these are produced for collector sales, not for circulating purposes.

The price of copper, particularly, has a substantial effect on the cost of production. The Jefferson 5-cent coin has a composition of 75 percent copper, 25 percent nickel, and its weight of 5 grams is more than twice the weight of the Roosevelt dime (2.27 grams).

With the exception of the zinc-coated steel cents struck in 1943, Lincoln cents from 1909 to 1982 were composed of 95 percent copper with the remaining percentage either zinc or a zinc-tin mixture.

According to the latest figures provided by www.coinflation.com, the metallic value of a 95 percent copper Lincoln cent from 1909 to 1982 is 2.84 cents, or almost three times the cent’s face value. ¦