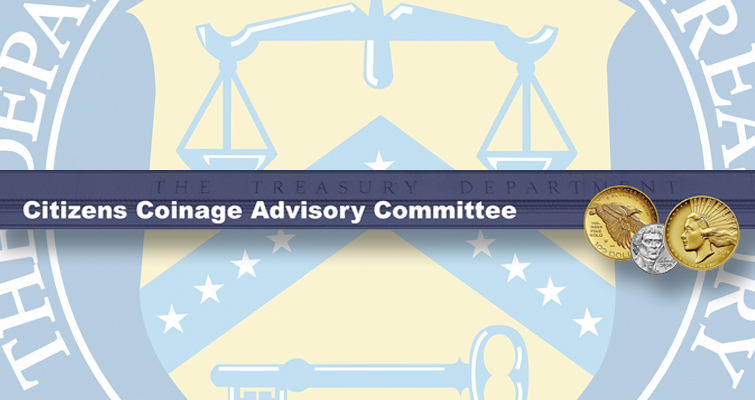 Images courtesy of the Treasury Department.

The U.S. Mint is soliciting nominations for two positions whose occupants’ four-year terms are expiring on the 11-member Citizens Coinage Advisory Committee.

Notices are posted online at FederalRegister.gov.

The four-year terms of Mary Lannin, representing the interests of the general public, and of sculptor Robin R. Salmon, qualified to serve because of her experience in the medallic arts or sculpture, are expiring.

Any member of the public wishing to be considered for appointment to the CCAC should submit a resume and cover letter designating the position you are interested in and describing your qualifications for membership, by email to info@ccac.gov, Attn: Jennifer Warren.

Lannin, a journalist and coin collector, was first nominated to the CCAC in 2014 by the then House Minority Leader Nancy Pelosi. Lannin was reappointed in 2018.

Salmon, appointed to the CCAC in 2018, is vice president of Art and Historical Collections and curator of sculpture at Brookgreen Gardens in South Carolina.

The term of Samuel H. Gill, a truck transportation, logistics and technology expert who has had his own successful consulting firm for over 20 years and was appointed in 2018 to serve the interests of the general public, is also expiring in 2022.

The U.S. Mint is also currently sifting through previously submitted applications for the position on the CCAC currently occupied by Dr. Dean J. Kotlowski, a 2018 nominee specially qualified in American history. 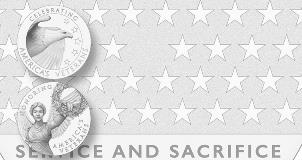