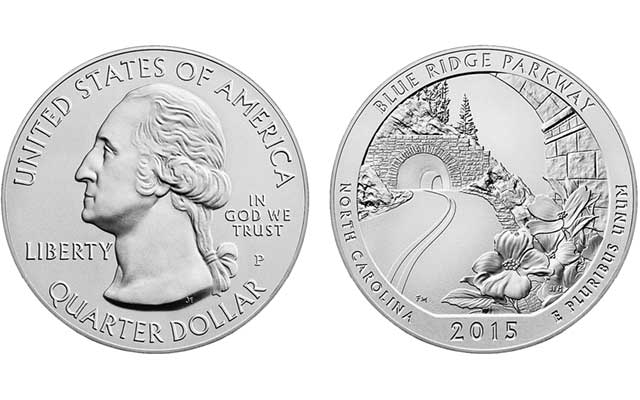 Sales will resume July 13 for the 2015 Blue Ridge Parkway 5-ounce silver bullion quarter dollars after being suspended for three weeks.

The Mint had temporarily suspended sales of the 5-ounce silver bullion quarter dollars on opening day of sales for the coins, June 22, to allow its quickly depleted inventory to be replenished.

"All American Eagle Gold Bullion Coin orders placed today and for the rest of the year will be fulfilled with 2015-dated coins only," U.S. Mint officials said July 6.