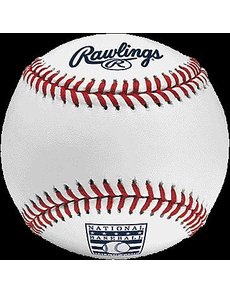 Treasury Department employees, outside contractors and their immediate families will be ineligible to submit designs for the common obverse for the 2014 National Baseball Hall of Fame commemorative coins.

The exclusions are being made to remove any perceptions of favoritism, U.S. Mint spokesman Michael White said March 26.

The design competition, to be launched April 11, is open to the public, with the noted exclusions.

Excluded from participation, including immediate family members, are, according to White:

? Employees of the Department of the Treasury, including the United States Mint and other Treasury offices and bureaus.

? Contractor employees who are performing work under a contract with the Department of the Treasury, including the United States Mint and other Treasury offices and bureaus, which includes current members of the U.S. Mint Artistic Infusion Program.

? Individuals involved in the design evaluation process, including the staff of the National Baseball Hall of Fame, members of the Citizens Coinage Advisory Committee, and members and staff of the U.S. Commission of Fine Arts.

“The National Baseball Hall of Fame Commemorative Coin Act requires the Secretary of the Treasury to conduct the competition and to make the final selection of the winning design,” according to a March 26 Mint statement released by White.

“Therefore, there was a consensus among senior United States Mint officials that deeming Department of the Treasury employees, Treasury contractor employees, and other persons involved in the design evaluation process (as well as their immediate family members) ineligible to participate was necessary to promote objectivity, impartiality, and public confidence in the integrity of the competition,” White said.

“Accordingly, the United States Mint specifically recommended this limitation in the design selection and approval process that it proposed to the Secretary, and the Secretary concurred with the bureau’s recommendation.”

Not required by act

The decision by Mint officials to exclude certain classes of individuals was not required by the program’s authorizing act. Sec. 4, Subsection 3 of the enabling act, Public Law 112-152, states, “As part of the competition described in this subsection, the Secretary may accept proposals from artists, engravers of the United States Mint, and members of the general public.”

The winner of the design competition will receive compensation of not less than $5,000, and the winner’s initials will appear in the coin design. The initials of the member of the Mint’s engraving staff assigned the task of sculpturing the winning design will also appear on the coin, according to White. A United States Mint spokesman earlier told Coin World (April 8 issue) that the designer’s initials would not appear on the design.

U.S. Mint officials announced that the 30-day period during which the Mint would accept proposed obverse designs, including three-dimensional models, would begin April 11.

Designs for the common reverse have already been reviewed by the CFA and CCAC.

CCAC rejected all of the designs submitted by the Mint, which were executed by AIP artists and the Mint’s engraving staff. CCAC members instead recommended a design that the advisory panel had Mint Sculptor-Engraver Donald Everhart II hastily sketch during their March 11 meeting.

It has not been announced yet whether the CCAC and CFA will review all proposed obverse designs, or, depending on the number of submissions received, review a smaller number whittled down by an internal Mint review team.

The design competition is managed by April Stafford, head of the Mint’s design and engraving division, with assistance from other departments. ¦