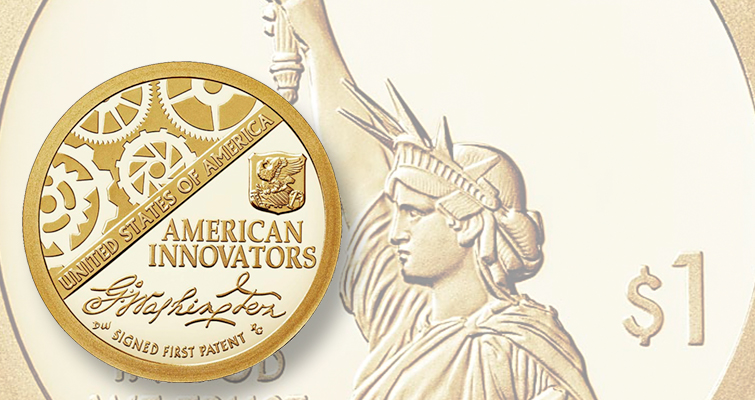 Collectors will be able to purchase the numismatic products versions of the 2018 American Innovation Introductory $1 coin on Dec. 14. 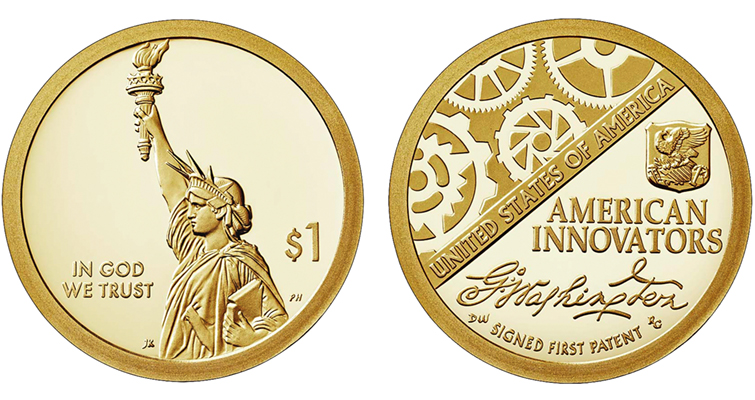 The Proof version will be offered as an individually packaged coin. 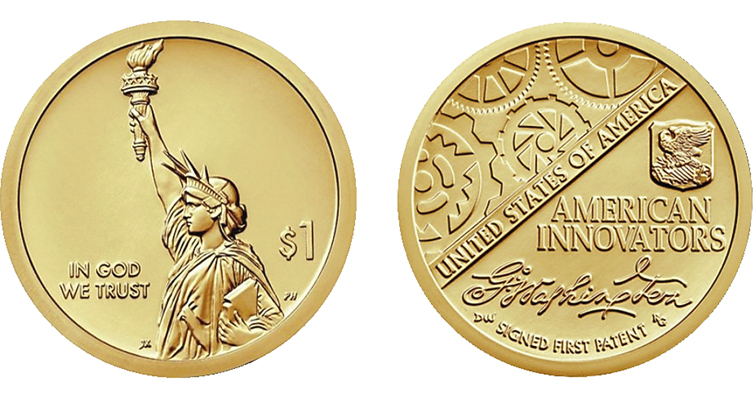 In addition to the Proof issue offering struck at the San Francisco Mint, the coin is also being offered in 25-coin rolls and 100-coin bags from, separately, the Philadelphia Mint and Denver Mint.

The introductory coin for the American Innovation $1 coin program goes on sale Dec. 14 at noon Eastern Time from the U.S. Mint.

The noncirculating 2018 coin will be offered in numismatic products, at premiums above face value. The Mint is offering the coins in Uncirculated circulation-quality finish packaged in 25-coin rolls from, separately, the Denver Mint and the Philadelphia Mint, and as a single Proof coin struck at the San Francisco Mint.

The 2018 coin is an introduction to the 56-coin American Innovation $1 Coin Program, which begins in 2019. The program mandates that the Mint will issue four noncirculating dollar coins annually for 14 years. One coin will be issued for each of the 50 states, the District of Columbia, and the five U.S. territories: the Commonwealth of Puerto Rico, Guam, American Samoa, U.S. Virgin Islands, and Commonwealth of the Northern Mariana Islands.

The reverse designs will be reflective of innovations developed in the state or territory honored. The obverse will feature a Statue of Liberty design, as mandated under the authorizing legislation, Public Law 115-197.

The reverse depicts a bar inscribed UNITED STATES OF AMERICA crossing the field diagonally, with a series of stylized gears from machinery in the uppermost field. The lower field exhibits a facsimile of President George Washington’s signature as it appears on the first U.S. patent from 1790. The signature is a legislated element. Above the signature in two lines appears AMERICAN / INNOVATORS with a privy mark depicting an eagle with shield among agricultural and industrial tools.

The 2018 designs reflect those recommended by the Citizens Coinage Advisory Committee. The Commission of Fine Arts recommended the same obverse design but favored a different reverse.

Editor's note: This story was updated Dec. 7 with the pricing for the single Proof coin. 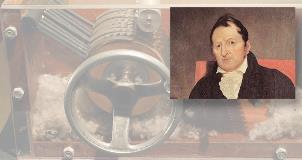 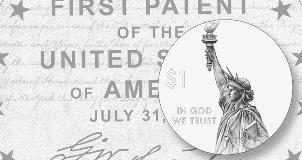 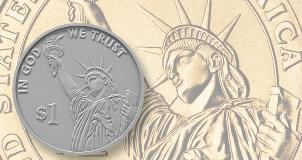