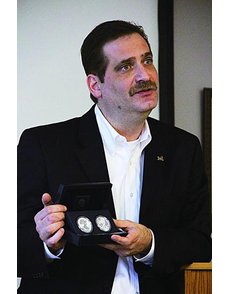 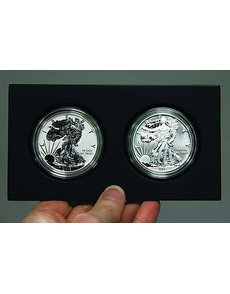 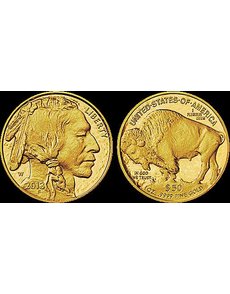 The U.S. Mint is planning for the West Point Mint in 2013 to strike a Reverse Proof 2013-W American Buffalo gold $50 coin. Shown is the regular Proof version, which is scheduled to go on sale May 23.

Collectors can expect the U.S. Mint to produce and issue later this year a Reverse Proof 2013-W American Buffalo gold $50 coin, according to J. Marc Landry, the Mint’s acting associate director of sales and marketing.

At an April 19 coin forum in Port Clinton, Ohio, Landry told those in attendance that the Reverse Proof coin is one of a number of scheduled new products the U.S. Mint plans to release during the first year of a projected five-year plan. (Landry also serves as Philadelphia Mint plant manager.)

The coin forum preceded the launch ceremony the following day in the village of Put-in-Bay, South Bass Island, for the 2013 Perry’s Monument and Victory Memorial quarter dollar. The national site is located on the Ohio island, which lies near the southern shore of Lake Erie.

Landry said the five-year plan would be an internal U.S. Mint document that would outline release dates for the Mint’s various numismatic products.

While the entire five-year plan would not be a public document with information to be released all at once, Landry said an extensive schedule for upcoming products would be published shortly before the calendar year in which the products are planned to be released.

This will allow collectors to be better informed about what products will be available and when, so they can manage their numismatic budgets, he said.

The plan may also be modified, should it become necessary to reschedule a release because of unforeseen circumstances or the need to insert a new product release not previously outlined, he said.

During his comments, Landry displayed and discussed the 2013 West Point Two-Coin Silver set that goes on sale at noon Eastern Daylight Time May 9. The sets will be available that day at the American Numismatic Association National Money Show in New Orleans, which the Mint plans to attend, Landry said.

The set contains one example each of a Reverse Proof and an Enhanced Uncirculated 2013-W American Eagle silver coin struck at the West Point Mint.

Landry said the U.S. Mint is “pushing the envelope” to develop better products with innovative coin finishes and creative packaging that will appeal to collectors.

Research and development with new coin finishes is being conducted at the Philadelphia Mint.

Two special sets have packaging still under design that will incorporate versions of the 2013 Theodore Roosevelt Presidential dollar, Landry said.

One set will be aimed at young collectors and beginners. It will include an Uncirculated Mint set quality Roosevelt dollar struck with the P Mint mark at the Philadelphia Mint packaged with educational activities and historical facts about Roosevelt.

The second product will be a more “upscale” set targeting adult collectors. The set could include an Uncirculated or Proof Roosevelt dollar (the Proof coin is struck at the San Francisco Mint) coupled with a Roosevelt medal based on designs from the United States Mint’s Presidential series.

Landry said it had not been decided whether the medal would be composed of the traditional bronze or of silver.

Landry said had a five-year plan been developed sooner, sets like the Roosevelt ones could have been offered when the Roosevelt dollar was released into circulation instead of afterward.

“The dollars [for circulation] are already out,” Landry said. “That’s [not having the sets available] not acceptable. There needs to be better planning.”

Landry also hinted at one or more special sets for 2014 to include the Kennedy half dollar to mark the coin’s 50th anniversary. The U.S. Mint is currently conducting public outreach to receive input about possible options, he said (see Coin World, May 5 issue).

Landry also revealed that U.S. Mint officials are considering offering a bullion version of the American Eagle 1-ounce platinum coin in 2014. The last platinum American Eagle bullion coin was struck and issued in November 2008, though the Mint has continued to issue the Proof versions.

2014 could also see a 1-ounce palladium coin offered as a numismatic product in a finish other than the finish used for a possible bullion issue, Landry said. While the findings in a recently issued, congressionally mandated feasibility study conclude a palladium bullion program would run at a deficit, the study also indicates a numismatic version would be profitable.

In reviewing other future offerings, Landry said 2016 will see numismatic recognition for the 100th anniversary of the Walking Liberty half dollar design that was adapted for use in 1986 for the obverse of the silver American Eagle. ¦