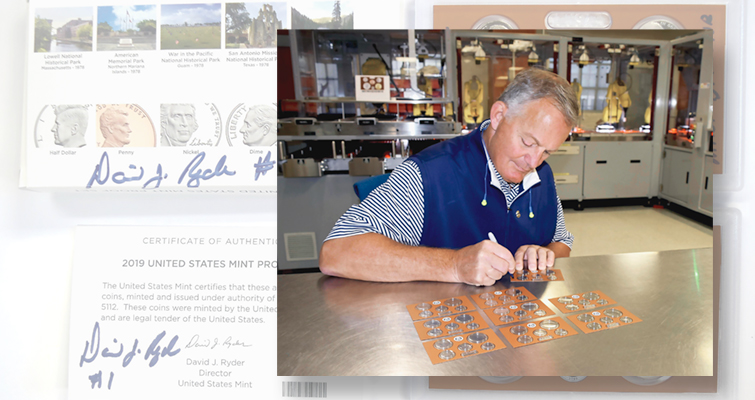 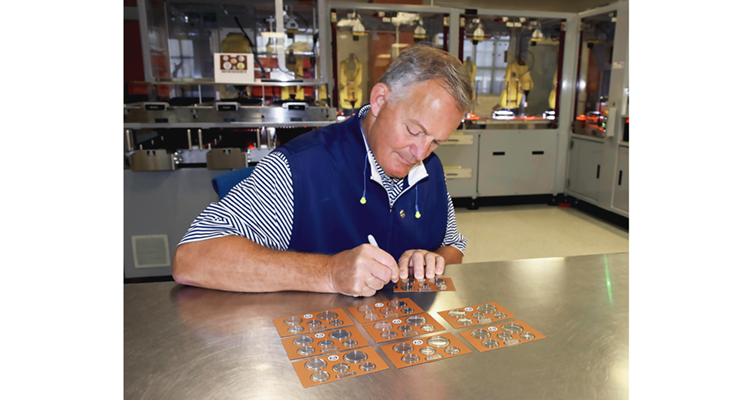 During a July 22 visit to the San Francisco Mint, Ryder signed the product packaging and certificates of authenticity on nine 2019-S Proof sets for random distribution to Mint customers who place an order for the numismatic product. 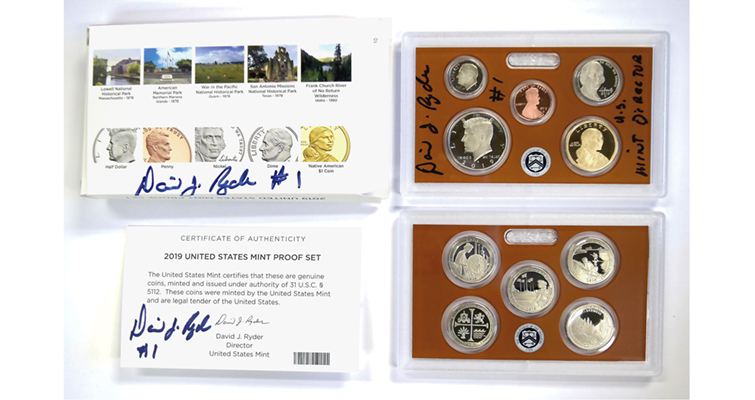 Ryder autographed the packaging and documentation as well as hand-numbered each set.

Some U.S. Mint customers will be the beneficiaries of nine 2019-S Proof sets with accompanying documentation autographed by Mint Director David J. Ryder.

During his July 22 visit to the San Francisco Mint, Ryder signed the product insert, certificate of authenticity and the product set carton, and hand-numbered each of the nine sets.

The sets are also accompanied separately by a Proof 2019-W Lincoln cent in a clear, soft plastic, sealed envelope.

According to U.S. Mint officials, the signed sets will be randomly distributed from the U.S. Mint’s contracted order fulfillment center in Memphis, Tennessee, to allow for nine different customers to receive the signed and numbered sets. 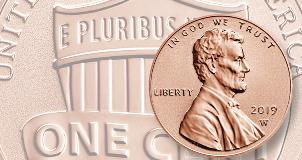