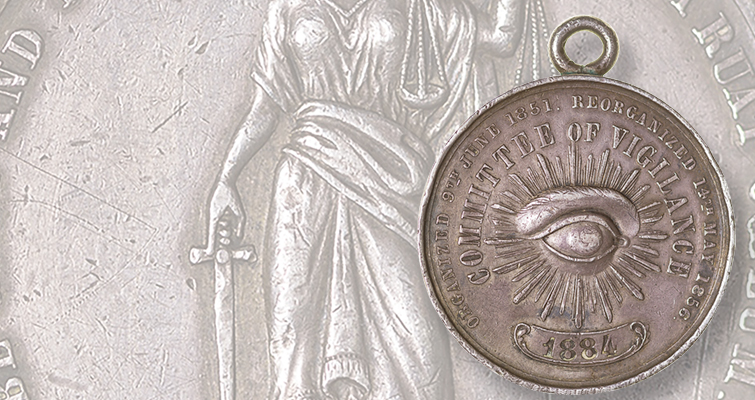 The people of San Francisco were so fed up with the lawlessness of the city in the 1850s that the citizenry took matters into their own hands. 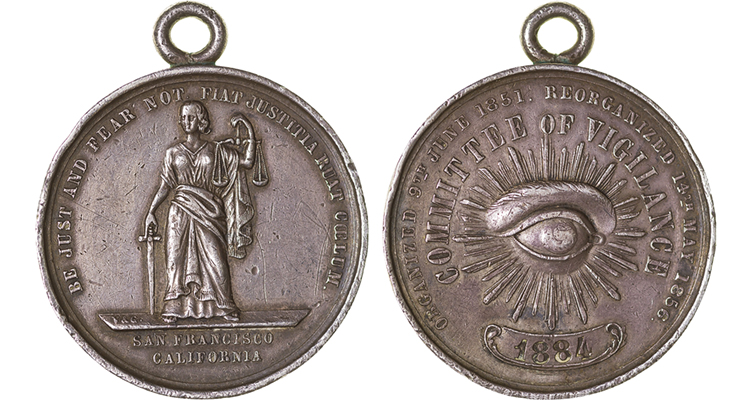 Researchers are unsure how many Committee on Vigilance silver medals were produced. This example is numbered 1884. 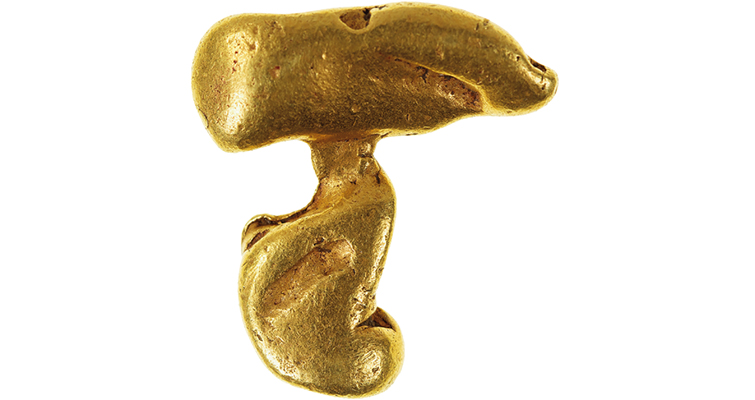 Odd-shaped placer gold nugget resembling a hammer was retrieved from the Yuba River in California. 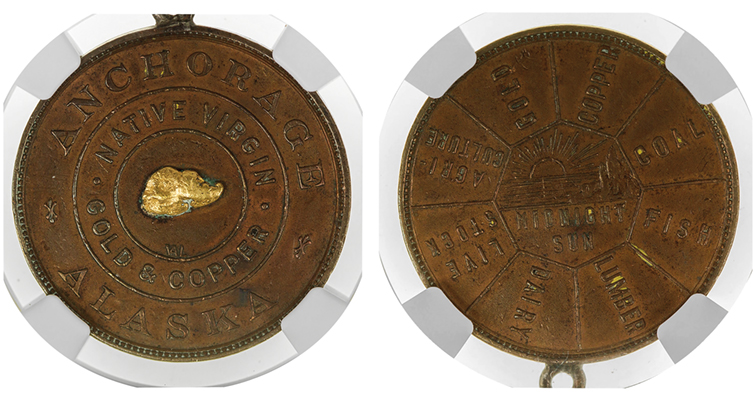 Circa 1923 Alaskan gold nugget token had the nugget and loop added by jeweler Walter A. Lord Co. after the token was struck. 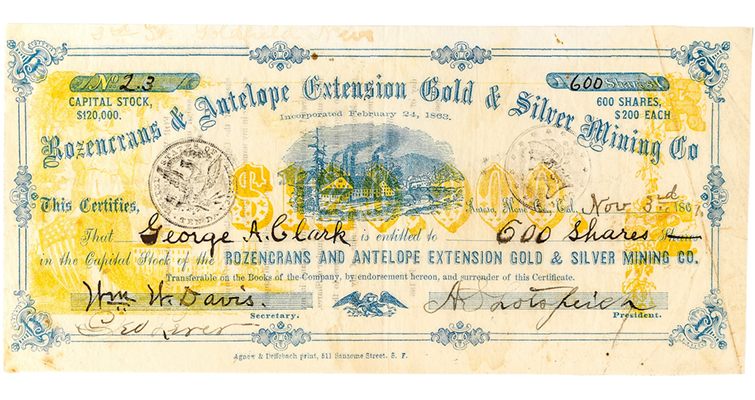 George A. Clark was presented this stock certificate in 1867 after buying 600 shares in Rosencrans & Antelope Extension Gold & Silver Mining Co. in Aurora, Calif.

One of just 10 known numbered examples of the 1856 San Francisco Committee of Vigilance silver medal is among the 2,657 lots to be offered in the Western Americana Safari in Reno, Nev., Dec. 9 to 12 by Holabird Western Americana Collections LLC.

The medal's obverse depicts Justice as a classically gowned woman with scales held in left hand and a sword in her right. Inscribed around the top border is BE JUST AND FEAR NOT. FIAT JUSTITIA RUAT COELUM. Engraved in the space below the base on which Justice stands is SAN FRANCISCO / CALIFORNIA. To the left of the sword, on the base, is inscribed V & G, the hallmark for the manufacturer Vachon & Gihon.

The reverse depicts the Great Seal of the San Francisco Committee of Vigilance, comprising the all-seeing eye in the center and a scroll below to receive the member’s number. COMMITTEE OF VIGILANCE is above the eye and around the top is ORGANIZED 9TH JUNE 1851. REORGANIZED 14TH MAY 1856.

Created in 1851 to clean up corruption in San Francisco, the committee was disbanded the same year by gubernatorial edict because the committee used unlawful means in its attempts to extinguish from the city crime and people it considered undesirable.

The committee was resurrected in 1856 after newspaper editor James King of William was shot to death by James P. Casey, one of the city’s thugs that King had called out in the pages of his newspaper, the Daily Evening Bulletin.

The Committee of Vigilance immediately enrolled 2,600 members, expanding that number eventually to more than 7,000.

According to the auction lot description, “It was said that every man who held a municipal position was elected by fraudulent means that were orchestrated by Casey. The first act of the Vigilance Committee was to hold their own election and replace every elected official in San Francisco. Their next act was to retrieve Casey from the local jail (where he was put in protective custody). The sheriff seeing canons and companies of men surrounding his building gave up Casey. Casey was tried and hung. The Governor of California soon declared the city of San Francisco to be in a state of insurrection. He ordered a militia be secured, but he could not find 150 men to fill its ranks. The Committee continued to deport undesirable characters and hang the most offensive. Late in 1856 the Vigilance Committee disbanded having successfully completed their mission to once again restore law and order to the streets of San Francisco and to clean up the corrupt government of the city.”

Among the nugget tokens is a 31-millimeter copper token issued in Anchorage, Alaska, by the jewelry firm of Walter A. Lord Co. The tokens were struck without a gold nugget or a 4-millimeter loop by the token manufacturer that supplied the tokens to Lord. After receiving the struck tokens in 1923, the jeweler soldered gold nuggets received from local miners on some of the tokens and added a loop to the token.

The example offered in the Holabird sale has a gold nugget and loop added. The piece is described as in About Uncirculated 55 condition.

The 25-millimeter by 24-millimeter nugget was retrieved from the Yuba River near Sierra City, Calif.

Among the stock certificates offered is one issued Nov. 3, 1867, by the Rozencrans & Antelope Extension Gold & Silver Mining Co. in Aurora, Calif., to investor George A. Clark for 600 shares at $200 per share. According to the auction lot description, while the company issued 600 total shares, the stock certificate issued to Clark was  No. 23, suggesting additional shares were sold to raise additional capital.

Appearing on either side of the central mining company vignette are etched imprints of Coronet gold $20 double eagles.

The stock certificate is signed by Willam M. Davis as mining company secretary and A.S. Lotopeieh as company president. 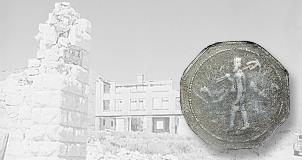 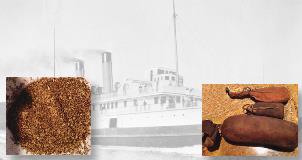 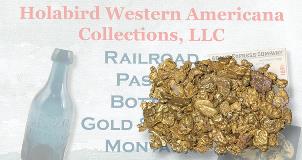