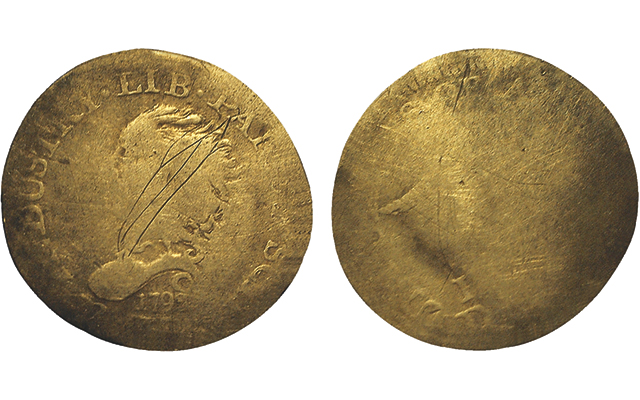 Relic hunter and collector Marc Sciance thought he had stumbled across another Civil War bullet Oct. 21, 2006, while metal detecting near Fredericksburg, Va. Instead, what he found was a heavily worn 1792 silver half disme as he sifted through a clump of soil.

Sciance considered the discovery of an example of the nation’s first silver 5-cent coin his best in 24 years of metal detecting, a pursuit sparked by his father.

Heavily worn, the piece was considered at the time to be approximately in Fair 2 condition. Approximately 50 to 100 examples of the 1792 half disme are known in all grades.

Sciance consigned the find to Stack’s March 20, 2007, auction, where it was offered as having an About Good 3 obverse and Fair 2 reverse. The coin realized $11,500, which included a 15 percent buyer’s fee.