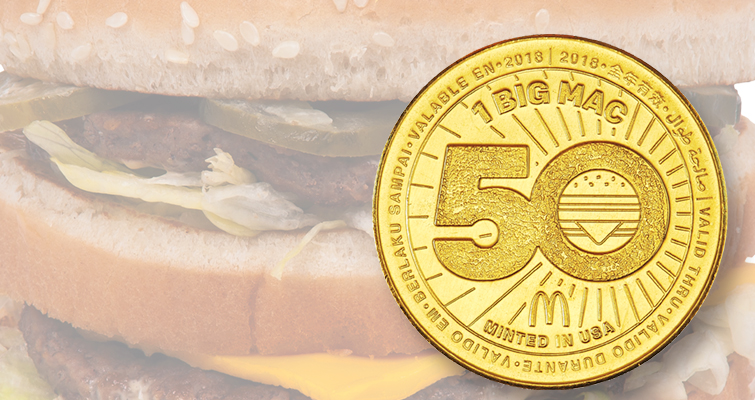 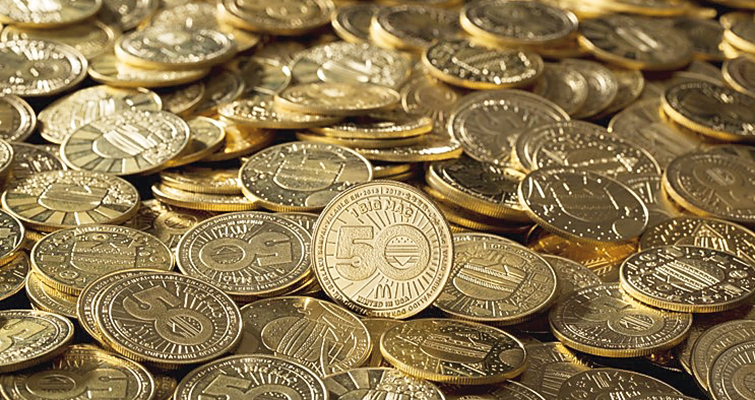 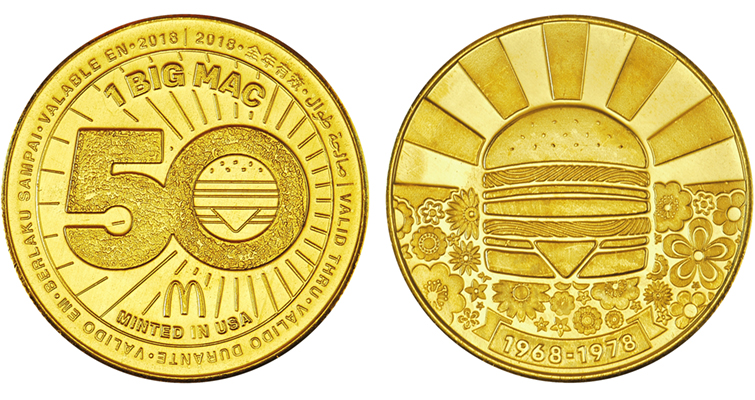 The MacCoin highlighting the 1970s (one of five for five decades) showcases the decade’s flower power. 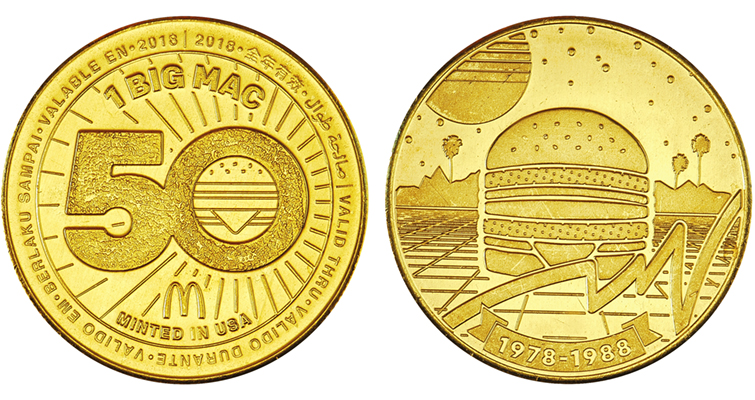 The MacCoin celebrating the 1980s alludes to pop art. 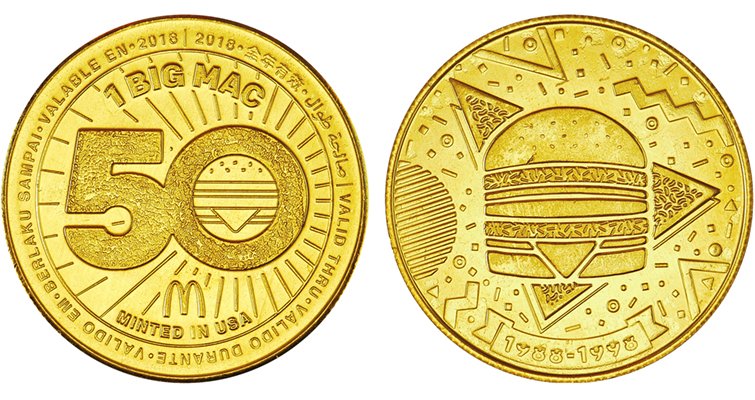 Bold, abstract shapes of the 1990s are captured in the MacCoin design devices depicting that era. 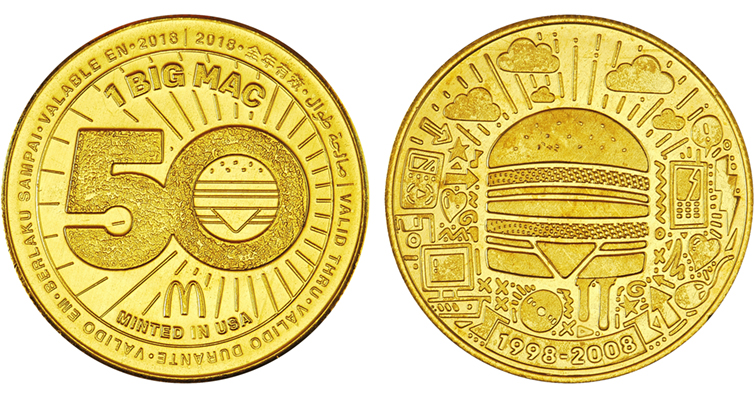 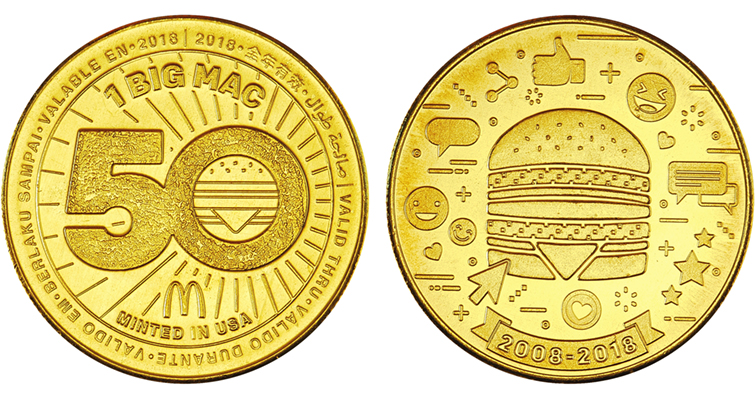 The 2010s MacCoin celebrates the past 10 years and calls attention to the evolution of communication, incorporating emojis in the design.

As part of its 50th anniversary promotion of the introduction of the Big Mac sandwich, McDonald’s Corp. is distributed a five-piece set of tokens that are both redeemable and collectible.

The limited-edition MacCoin metallic “currency” will be distributed at 14,000 participating restaurants worldwide, with 6.2 million pieces total in more than 50 countries. The promotion began Aug. 2 and will continue while supplies last.

With the Buy-One-Get-One-Free promotion, customers will receive a single token for each Big Mac sandwich purchased. The purchaser may keep the token for collecting purposes or redeem at a participating McDonald’s Restaurant for a second Big Mac sandwich.

“When my great-grandfather Jim Delligatti invented the Big Mac at his grill in Uniontown, Pennsylvania, he just wanted to make his local customers happy,” said Nick Delligatti, fourth-generation McDonald’s owner-operator. “August 2 would have been my great-grandfather’s 100th birthday, and I believe he would be very proud knowing his humble sandwich has made such a lasting impression that people all around the world can enjoy it wherever they find a McDonald’s.”

The sandwich that inspired the jingle “two all-beef patties, special sauce, lettuce, cheese, pickles, onions on a sesame seed bun” was invented in 1967 in the kitchen of Jim Delligatti’s first McDonald’s franchise, located on McKnight Road in suburban Pittsburgh’s Ross Township. The sandwich was introduced at that location first, and then went nationwide in 1968.

Each MacCoin token has no cash value and is redeemable only for one free Big Mac at participating McDonald’s restaurants through 2018.

The commemorative tokens feature five unique reverse designs, one representing each decade of the Big Mac.

Each MacCoin design pulls in elements from an era in its history, nodding to art, music and pop culture, while the common obverse of the MacCoin celebrates the 50th anniversary of the Big Mac.

The MacCoin highlighting the 1970s showcases the decade’s flower power, and the 1980s token alludes to pop art. Bold, abstract shapes define the 1990s MacCoin design, and the token representing the early 2000s specifically focuses on technology that was at the forefront at the turn of the century. The 2010s MacCoin celebrates the past 10 years and calls attention to the evolution of communication, incorporating emojis in the design.

Additionally, the seven languages featured across the various designs reflect the languages — Arabic, English, Indonesian, Mandarin, Portuguese, French and Spanish — used in many of the countries participating.

The MacCoin tokens were struck at Osborne Coinage Co., the oldest private mint in the United States, located in Cincinnati.

Gibson Olpp, marketing manager for Osborne, said the tokens are struck on 1.25-inch brass planchets and bear a reeded edge. Equal mintages of each of the five tokens were produced, she said.

Phil Saken, communications and brand reputation manager in Kentucky, Ohio and Michigan for McDonald’s USA LLC, said each participating restaurant will be provided equal numbers of each of the five tokens and when the allotment for each restaurant is exhausted, the promotion will end.

While the program launches Aug. 2, the tokens won’t be redeemable until Aug. 3, Saken said. The tokens can be redeemed through Dec. 31.

The tokens will be for a one-time use only. Tokens that are redeemed will not be handed out to another customer, Saken said. Saken said McDonald’s has not yet decided what will happen with all of the redeemed tokens. 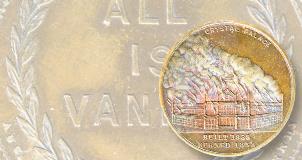 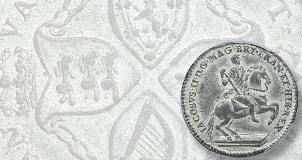 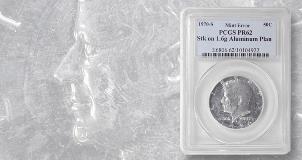