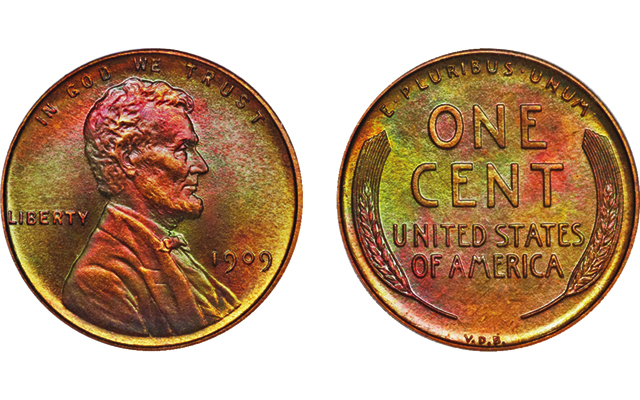 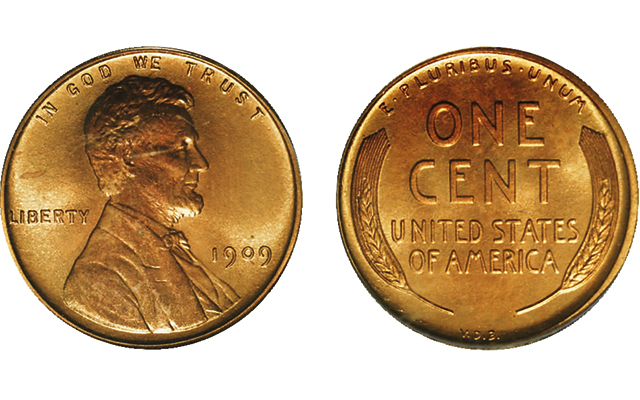 Some collectors of Lincoln cents would consider themselves lucky to have one Matte Proof example of a 1909 Lincoln, V.D.B. cent from the reported mintage of just 420 coins.

Yet, what would possess a collector to amass a collection incorporating 53 examples?

The collector, who asked to remain anonymous, put it simply:

“Bought one and then another and then slowly fell into wanting as many as possible. Sort of fell into it. Liked buying them. No more sophisticated than that. Realized it was an important coin.”

Now, however, the collector has decided to sell his collection through a dealer, though details on dispersion of the collection have not been released as yet.

The collector said he had no magic goal set in advance when he began collecting the Proof 1909 Lincoln, V.D.B. cents in earnest some 25 years ago.

“When I got the very best one a few months ago, I decided that now was a good time to pause and let the collecting world know about the group,” the collector said.

The Philadelphia Mint struck 420 Proof examples of the 1909 Lincoln cent with designer Victor David Brenner’s V.D.B. initials on the reverse before they were removed at the order of officials.

All but one of the 53 Proof 1909 Lincoln, V.D.B. cents in the anonymous collector’s collection are graded and encapsulated by either Professional Coin Grading Service or Numismatic Guaranty Corp.

The lone exception is a Proof 67 red example graded by Independent Coin Graders. The ICG Proof 67 coin was once part of the Walter H. Childs Collection sold Aug. 30, 1999, by Auctions by Bowers and Merena Inc. The Matte Proof Childs coin, which realized $19,550, was believed to have been purchased from the U.S. Mint by C.F. Childs.

The premier coin in the current collection is a Matte Proof specimen graded PCGS 67+ red and brown and stickered with a Certified Acceptance Corp. gold label. It is considered the finest known.

The gold CAC label is reserved for coins that are, in the opinion of the CAC experts, undergraded.

Once part of the famed John Story Jenks Collection, this coin realized $258,500 when it was sold Aug. 7, 2014, by Heritage Auctions in Rosemont, Ill.

Because the new Lincoln cent designs included fields that could not easily be polished to a traditional Proof finish, the Mint opted for the Matte Proof method used by France.

To strike the Matte Proof cents, the finest examples of the circulation-strike dies that exhibited sharp details were selected, and the dies were then sandblasted. The resultant coins struck from these dies exhibit a granular, pebbly surface.

The coins are housed in slabs that trace the evolution of coin holders used by PCGS and NGC over the decades the two firms have operated, with a number of coins in early incarnations of the encapsulations. Some collectors would now pay a premium simply for certain early holders from either firm.

Although for some buyers, color distinctions are important in grading Lincoln cents as with most coins made of copper, a particular coin’s color didn’t factor into the collector’s buying strategy.

The collector became introduced to numismatics around age 10, circa 1957. His parents provided him with some blue Whitman coin folders in which he would put his coins.

Over the years, he branched out into Indian Head cents, and some 5-cent coins and dimes of different series. But his interest kept getting redirected to the Proof 1909 Lincoln, V.D.B. cents.

The anonymous collector says he looked for examples that he believed were fairly priced, buying examples sight-unseen. “I never inspected my purchases in person” before buying them, he said.

He also only rarely avoids buying an example when it becomes available. In the past three years, the collector surmises he has only passed up three or four opportunities to add another Proof 1909 Lincoln, V.D.B. cent to his collection.

The collector believes the grouping would make a beautiful presentation and a possible study as to how the various pieces differ in small ways from one another beyond their color.

“With these it could be determined which was struck first in the sequence — by sharpness of detail,” he said. “Early strikes are very sharp. The dies distressed over number of strikes. Color studies is another interesting aspect.

“I am very proud of the group. It has been a lot of fun to put it together over many years. It is just time to consider the future,” the collector said about his decision to part with the collection.