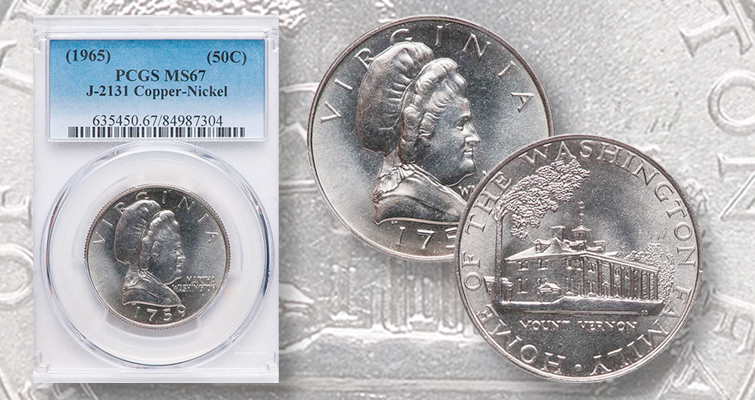 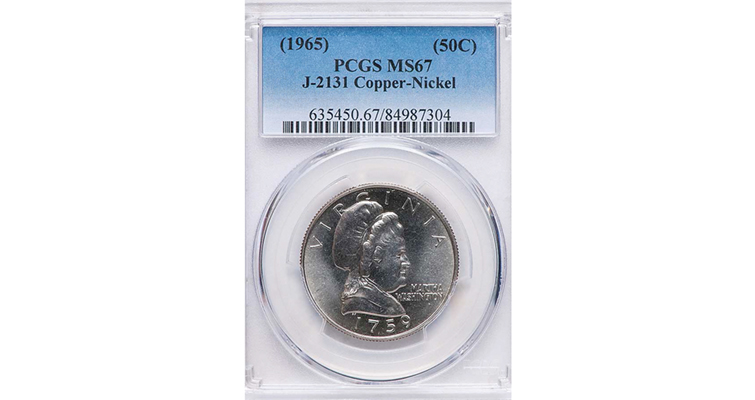 The “1759” copper nickel pattern for the half dollar has been certified and graded by PCGS. 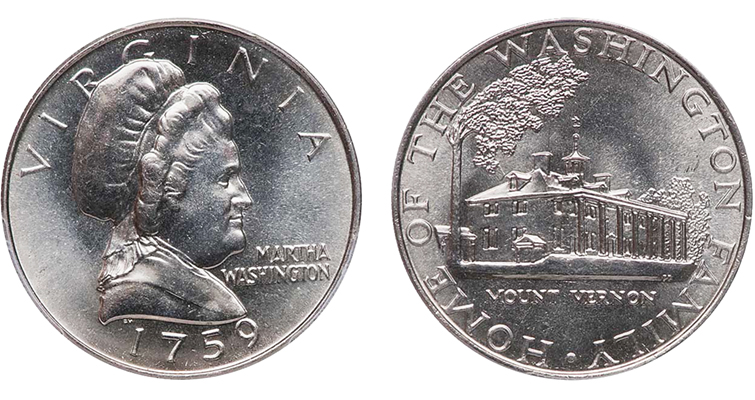 The circa-1965 copper-nickel pattern depicts Martha Washington on the obverse and Mount Vernon in the reverse, both common motifs on experimental pieces struck since the 1960s.

A pair of experimental pieces dating to the 1960s testing of compositional alternatives to the traditional 90 percent silver alloy are offered among other pattern coins in Legend Rare Coin Auctions’ Regency XXIII Auction.

The sale will be held in Philadelphia on Oct. 26 as part of the Professional Coin Grading Service Members Only show.

The two pattern or experimental coins (with a date unrelated to their creation) represent fresh discoveries. The patterns, both depicting Martha Washington and of the quarter dollar and half dollar sizes, are the first of their respective issues graded by PCGS and are the finest known, graded Mint State 66 (and bearing a sticker from Certified Acceptance Corp.) and MS-67 respectively.

Legend states that they were recently discovered by the consignor in Europe, writing, “The mint created these Martha Washington dies to test new compositions beginning in 1965 (and they have been used in various other tests since, most notably in 1999 with the change over from the Susan B. Anthony dollar to the Sacagawea dollar).”

Both are struck on copper-nickel clad planchets with a reeded edge and the description cites the most recent reference of J. Hewitt Judd’s book United States Pattern Coins where editor Q. David Bowers writes that the Martha Washington patterns featured “fantasy designs [that] were prepared with no relation to current coinage motifs, in the present instance to avoid creating ‘rarities’ by using regular dies.” The reverse depicts Mount Vernon, a structure that also appears on 1982 George Washington commemorative half dollars.

These patterns remain an understudied area in American numismatics, with few known outside of several examples in the National Numismatic Collection at the Smithsonian Institution. The quarter dollar is listed as Judd 2115 and the half dollar is Judd 2131. Both are offered with estimates of $7,500 to $10,000. 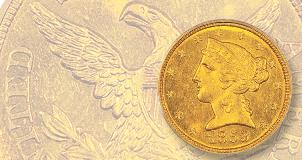 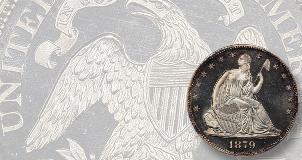 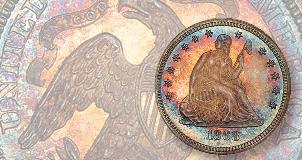