Marketing of coins remains essential to our hobby 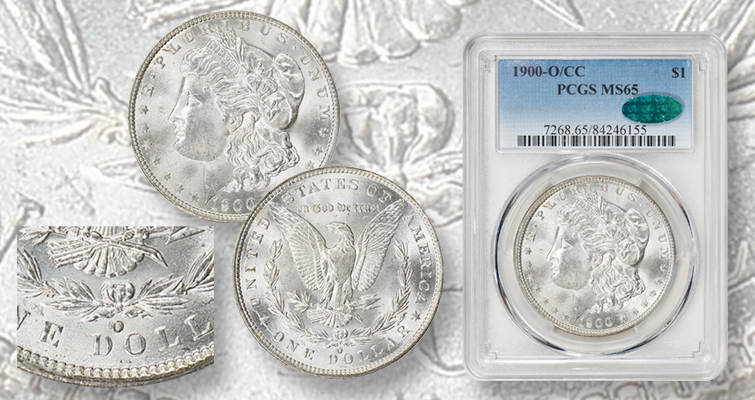 A brilliant and untoned 1900-O/CC Morgan silver dollar graded MS-65 and bearing a green CAC sticker sold for $2,135 on Oct. 8. It was part of a small hoard that drew some attention to these popular varieties.

GreatCollections has been selling a fresh hoard of 26 1900-O/CC Morgan silver dollars in the past few months with the majority grading Mint State 62 to MS-64. One of the finest dollars in the group, a blast white untoned example, graded MS-65 by Professional Coin Grading Service with a green Certified Acceptance Corp. sticker indicating quality within the grade, brought $2,135 on Oct. 8. For comparison, a nice “normal” certified MS-65 1900-O Morgan dollar sells for around $125 and PCGS has graded more than 7,000 of these.

When a hoard of new coins like this is discovered, the finder has a few options when marketing the coins. Third-party certification is necessary to maximize value, and once the coins are certified they are added to population reports, making the hobby aware of their presence. Selling the group at once and advertising the presence of a fresh group of coins can attract buyers and draw attention to a variety that may not be at the forefront of a collector’s mind.

Alternately, slowly releasing examples in the marketplace could have diminishing returns if more are discovered. Generally, those fortunate enough to discover a small hoard of a popular variety that trades at a substantial premium are likely to want to cash in rather than wait.

Since PCGS has certified 885 1900-O/CC Morgan dollars in MS-65, along with 42 in MS-65+ and 127 in MS-66, the addition of another handful doesn’t have a meaningful impact on the overall rarity. Likely there are more hoards like this, hiding in rolls of 1900-O dollars, just waiting to be found.

The 1900-O/CC Morgan dollar has been increasing in popularity in recent decades because it’s easily visible and charmingly odd. More than one reverse die was used in 1900 with a New Orleans Mint mark punched over a Carson City Mint mark, and examples are not rare. The Carson City Mint stopped striking dollars in 1893, so the variety is curious and sometimes marketed as the “Final Carson City Dollar” (even though it was struck at the New Orleans Mint.)

Marketing was a central topic at the U.S. Mint’s Numismatic Forum on Oct. 17 in Washington, D.C., titled “Numismatics: The Road Ahead.” The Mint stressed the opportunities and limitations inherent in its $6 million annual marketing budget. Gary Adkins, president of the American Numismatic Association, gave a rather somber assessment of the hobby’s possible future and the potential threat of new currencies that could replace coins over time, stressing that education, outreach and marketing is key to bringing new people in the hobby.

November sees some of the last major auctions of the year before the juggernaut that is the Florida United Numismatists show takes place in Tampa, Jan. 4 to 7. Heritage hosts the ninth Eric P. Newman Collection auction Nov. 1 to 3 and a Signature U.S. Coin auction Nov. 2 to 4, both in Dallas, and Stack’s Bowers Galleries will be presenting the official auctions at the Whitman Baltimore Expo, Nov. 9 to 12. 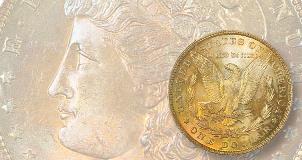 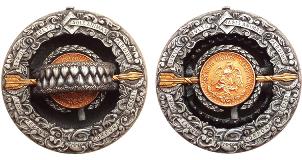 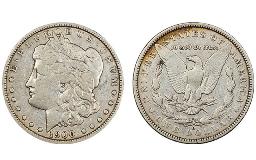