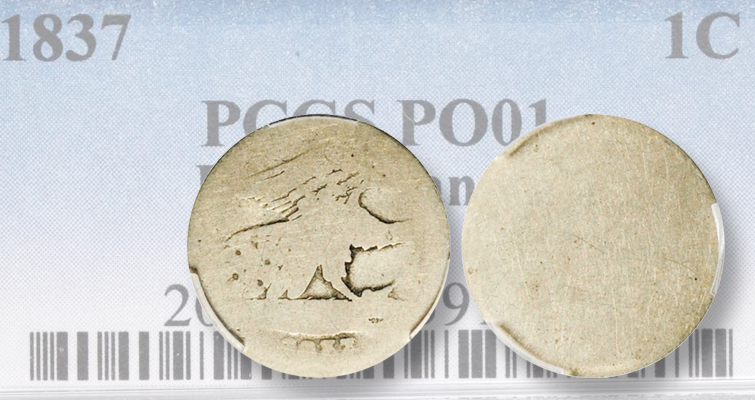 The first lot was a 1837 Feuchtwanger token graded Poor 1 by Professional Coin Grading Service that brought $456. The issue is listed under private tokens toward the end of the “Red Book.” They represent Lewis Feuchtwanger’s German silver alloy, consisting of nickel, copper and zinc, which he proposed as a substitute for copper in American coins. He made 1-cent and 3-cent pieces of his composition, called “Feuchtwanger cents,” which circulated and were used as a substitute for regular issue coins during coin shortages.

The obverse of the 1-cent token depicts an eagle grappling with a snake while the reverse has the text FEUCHTWANGER’S COMPOSITION circling the rim with a wreath and ONE CENT in the center. Here, the reverse is worn smooth, but the obverse retains sufficient detail to identify it, and the price was strong, considering typical Very Fine circulated representatives can be found for $150 in online auctions. 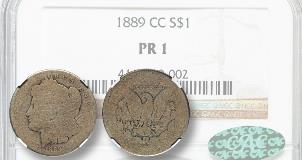 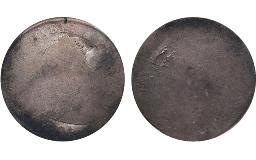 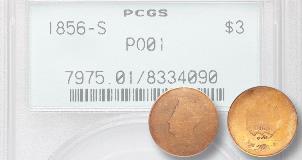