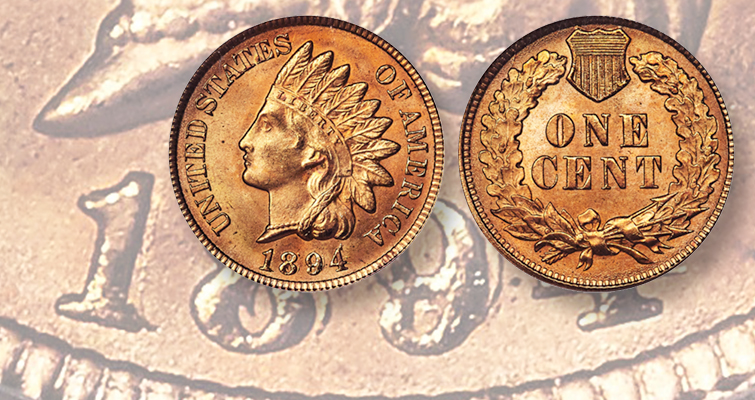 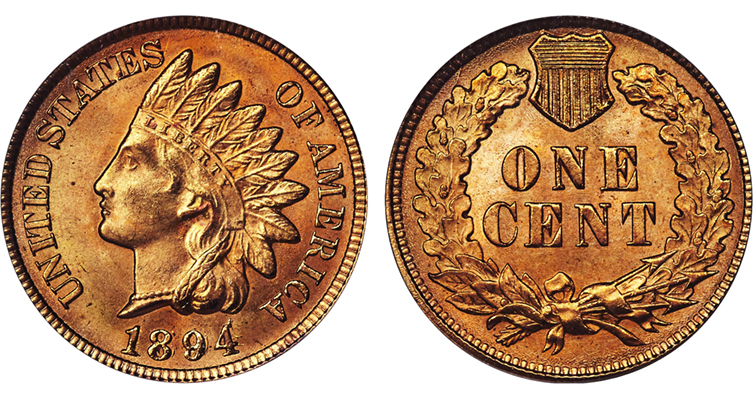 This repunched date variety is listed as Snow 1 and FS-301 in "The Cherrypickers’ Guide" and graded MS-66 red by PCGS with a green CAC sticker and an Eagle Eye Photo Seal. It is the sole example in this grade, with only one finer, at MS-66+ red.

The Castle Collection of Indian Head Cents has long-ranked among the top Professional Coin Grading Service Registry Sets in several categories. Heritage wrote, “Among all of the complete Indian cent sets that Heritage has witnessed over the years, none compare to the overall standout quality represented by this collection.”

A dramatic standout is an 1894/1894 Indian Head cent, a repunched date variety listed as Snow 1 and FS-301 in The Cherrypickers’ Guide and graded Mint State 66 red by PCGS with a green Certified Acceptance Corp. sticker and an Eagle Eye Photo Seal.

Heritage writes, “The 1894 Repunched Date ranks among the most spectacular blundered date varieties in the Indian cent series, and it is considered one of the top five varieties among all Indian cents.” It continues to build in popularity since it is a major variety visible to the unaided eye, and it remains legible even on well-circulated coins.

It is the sole example in this grade with PCGS grading just one finer, an MS-66+ red example. One of the 11 graded MS-65 red by PCGS sold for $5,640 at Stack’s Bowers Galleries’ 2018 ANA auction, to put the offered coin’s strong price in perspective. 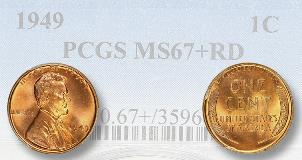 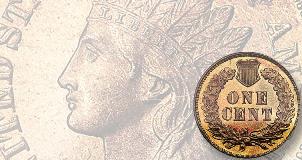 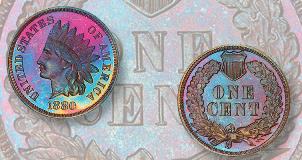