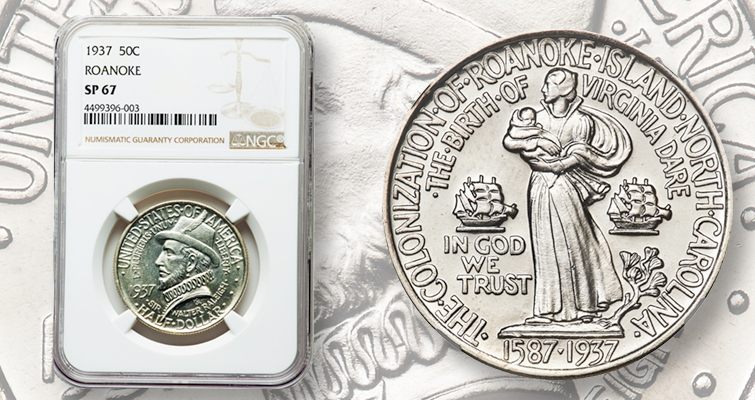 The 1937 Roanoke Colonization 350th Anniversary commemorative half dollar is known for being well-produced, with plenty of survivors in high grades. From 50,030 pieces minted, 21,000 were melted unsold, leaving a net distribution of 29,030 circulation strikes.

In absence of contemporary U.S. Mint records about the production of most Proof commemorative coin issues, the coins must stand on their own merits. Numismatic Guaranty Corp. describes the term Specimen as “a catchall that is applied to a variety of finishes that are distinct from the appearance of circulation issues but do not fit any of the Proof categories. Specimen can describe early U.S. coins with bold strikes, very brilliant fields and semi-frosted devices as well as modern U.S. coins that were produced with matte or other unusual finishes.”

Heritage compares the overall appearance of the Specimen 1937 Roanoke half dollar with the better-known Specimen strikings of the 1938 New Rochelle 250th Anniversary half dollar, noting an “obvious resemblance” between the two issues.

The offered Roanoke half dollar was described as the only Specimen strike of the issue ever offered publicly. The reflective NGC-graded Specimen 67 rarity sold for $43,200, at Heritage’s Aug. 4 Platinum Night auction in Dallas, a price that represents the market’s acceptance of its status as an issue produced with special care at the U.S. Mint. 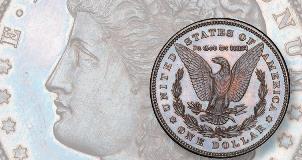 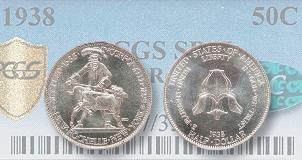 One of only 50 Specimen strikes 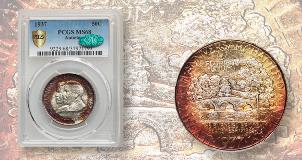