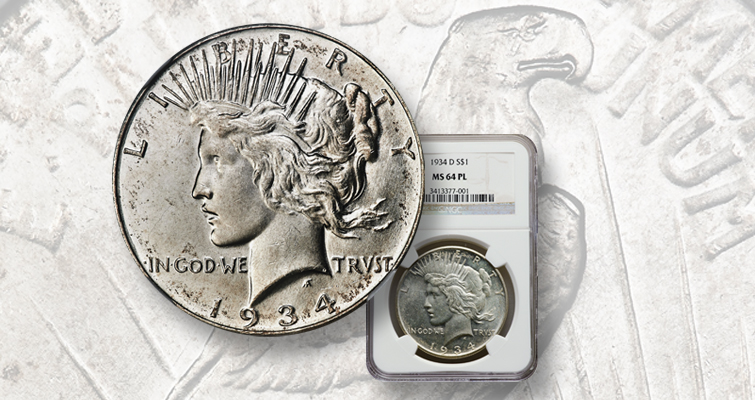 After a hiatus that began in 1929 when no Peace dollars were issued, production of the type resumed in 1934 and continued for one more year.

Prooflike Peace dollars are very scarce and Numismatic Guaranty Co. has certified just three issues as “PL” — the 1923-S, 1934-D and 1935-S — while Professional Coin Grading Service has awarded a Prooflike designation to no Peace dollars.

On May 6 Heritage offered one of only four certified Prooflike 1934-D Peace dollars, graded MS-65 prooflike. Bidders chased it to $11,400, an improvement on the $8,225 it brought a decade ago at a Heritage Philadelphia Signature sale.

NGC explains on the designation, “When a circulation issue coin’s fields exhibit a higher-than-normal degree of reflectivity, the coin is said to be ‘Prooflike’ because it is reminiscent of a Proof coin,” adding that it recognizes “only the degree of reflectivity evident in a coin’s fields and make no implication as to other qualities associated with Proof coins, such as frosted devices and superior sharpness.” 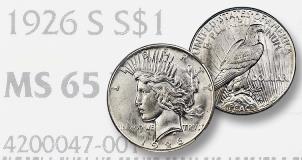 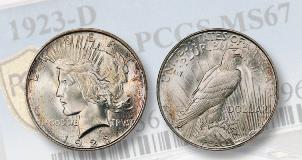 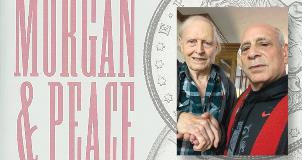 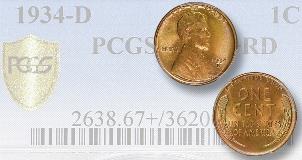