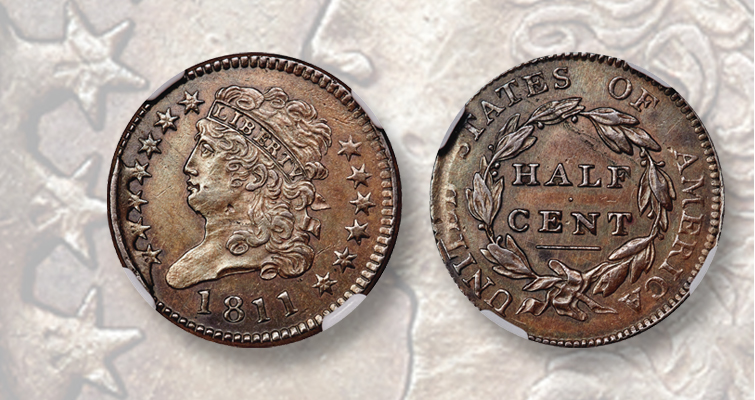 Half cents are often in the shadow of the large-sized copper cents, so much so that Roger S. Cohen’s book on the series was titled American Half Cents: The Little Half Sisters.

Some interesting examples have crossed the block in recent weeks, including a rare Cohen 1 1811 Classic Head half cent graded Mint State 62 brown by Numismatic Guaranty Co. that sold for $28,800 at Heritage on May 5. The half cent was struck from a late die state, as evidenced by the die break, also called a cud, extending through stars 1 to 4 on the obverse.

It has enjoyed a long provenance tracing back to Virgil M. Brand in 1925 and was more recently part of the famed Missouri Cabinet. It has been offered twice by Heritage in recent years, going unsold with a $25,000 reserve at Heritage’s January 2016 Florida United Numismatists auction where it was graded About Uncirculated 58+ by Professional Coin Grading Service and with a green Certified Acceptance Corp. sticker. In its current grade it realized $37,200 when offered last October. This example is easily identified by planchet laminations on both sides. 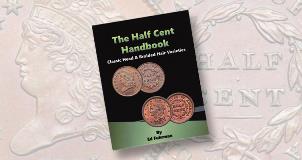 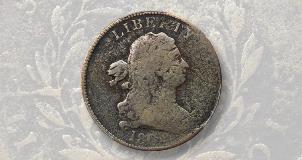 Market Analysis: Rare half cent in About Good 3 still appealing 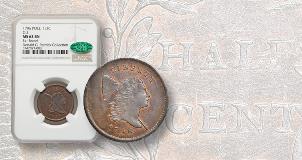