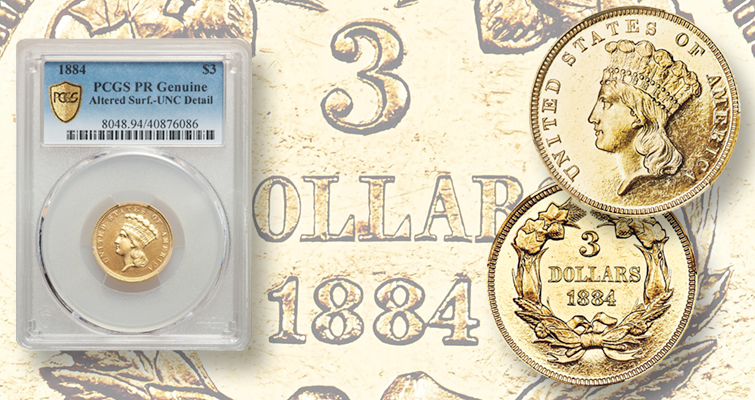 Professional Coin Grading Service started in 1986 to support a sight-unseen trading system; coins were graded on a 1 to 70 scale and placed into sealed hard-plastic holders.

However, coins with “problems” that would keep the coin from being graded by PCGS were left out of its holders. That changed when PCGS announced a “Genuine” service in June 2008; the firm would now encapsulate most problem coins in a regular slab, except that the insert read “GENUINE” in place of the usual grade. An adjectival Details grade was added a few years later using traditional grading terms.

Any Proof Indian Head gold $3 coin is a prize and all examples are expensive. At Heritage’s January 2021 Florida United Numismatists auction, a Proof 1884 Indian Head $3 coin graded PCGS Genuine, Uncirculated Details (meaning it has no wear), with an Altered Surfaces designation brought $7,800.

As many as 70 examples are believed to have survived from an original mintage of 106. Heritage writes, “This Proof Details example shows signs of a somewhat hardscrabble existence, with scattered contact marks over unnaturally bright yellow-gold surfaces.” 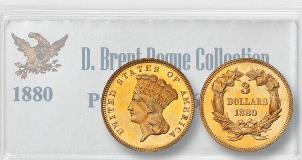 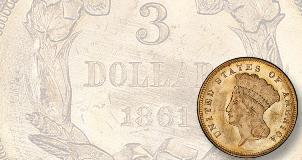 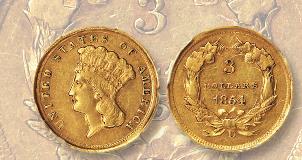