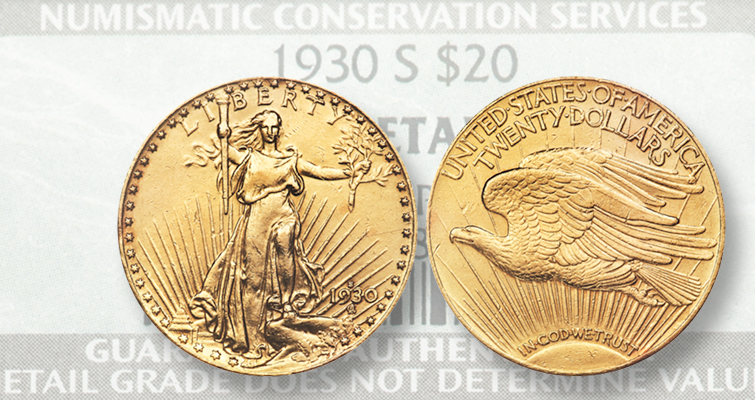 Most 1930-S Saint-Gaudens $20 double eagles were melted, so survivors are rare, and this one, graded AU Details by NCS, who noted both polishing and improper cleaning, sold for $50,400. 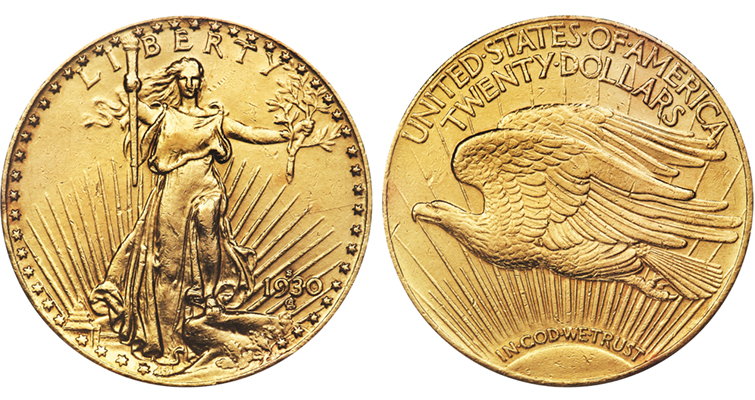 Of the 1930-S Saint-Gaudens double eagle's original mintage, perhaps 50 to 75 survive, most in Mint State grades. This one, graded by NCS as AU Details, Polished, Improperly Cleaned, its surfaces still bright from the polishing, still sold for $50,400 on Sept. 6.

Heritage’s offering of The Poulos Family Collection at its recent Long Beach auctions presented a broad assortment of rare gold coins. Plenty had problems that made them relatively affordable to collectors hoping to add tough dates and types to their collections.

Many Saint-Gaudens $20 double eagles from the 1920s and early 1930s have large mintages but low survival rates since large quantities were melted. The 1930-S Saint-Gaudens double eagle has a relatively low mintage of 74,000 but just 3,250 were released and of those, most were melted. Today perhaps 50 to 75 survive, most in Mint State grades.

The Poulos example was graded by Numismatic Conservation Services as About Uncirculated Details, Polished, Improperly Cleaned, and the surfaces remain bright from the polishing. Still, it sold for $50,400 on Sept. 6.

It was the most expensive of a run of rare double eagles with problems, including a 1920-S $20 coin graded by ANACS as Cleaned, Uncirculated Details, Net AU that brought $44,400, a 1931 double eagle in a Numismatic Guaranty Corp. Uncirculated Details, Improperly Cleaned holder that realized $38,400, and a 1932 example graded NGC AU Details, Improperly Cleaned that sold for $40,800. 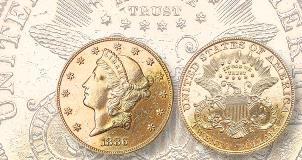 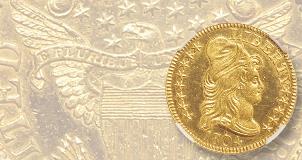 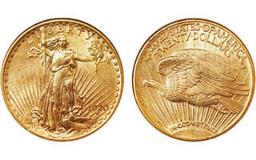