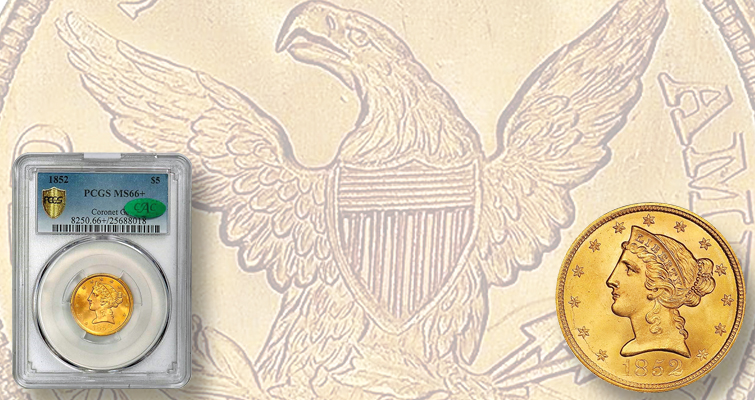 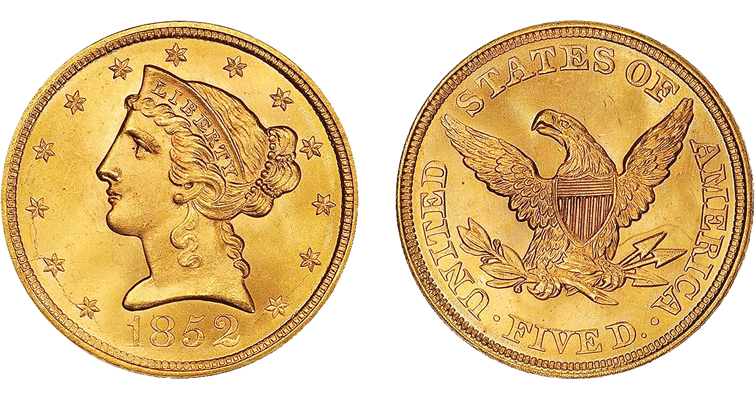 The finest-certified 1852 Coronet gold $5 half eagle graded MS-66+ by PCGS with a green CAC sticker realized $123,375 at the Exclusively Legend auction in New Orleans.

The 1852 Coronet gold $5 half eagle is one of the more common dates among Type One issues, without the motto “In God We Trust” above the eagle on the reverse, struck between 1839 and 1866.

The Coronet design continued with the motto above the eagle until 1908. Generally these later issues are better produced than the earlier ones, with the 1901-S half eagle being well known as especially nice.

Legend explained, “Superior surfaces are a joy to behold. They appear slightly satiny with a solid original ‘skin’ yet have faint traces of semi prooflike mirrors.” A few small marks are visible that keeps it from an MS-67 grade, while a die break at the lower left portion of the obverse connecting the lower stars adds some visual interest.

Legend praised its originality, characterized by deep gold color and strong, glowing luster on both sides. It last sold at Legend’s January 2016 Regency Auction, which it called a “very weak” sale in the lot description, where it realized $79,513. Perhaps based on this previous sale, the estimate was set at a conservative $67,500 to $75,000, which it blasted past on its way to a final price of $123,375. 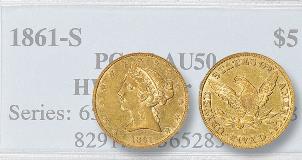 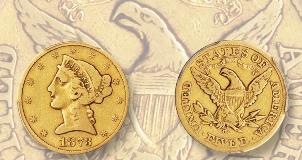 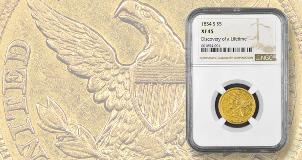